At Lideta Criminal Court this morning, the federal attorney general indicated that the bomb attack was masterminded by Genet Tamiru (Toleshi Tamiru) – a lady based in Nairobi, Kenya.

The motive of the attack was to create instability in the country after killing the reformist prime mister and pave the way for the Oromo Liberation Front (OLF) come to power, according to the Reporter newspaper.

Getu Girma, Birhanu Jafar, Tilahun Getachew, Bahiru Tolosa and Dessalegn Tesfaye are the individuals involved in the bomb attack, who are now charged with terrorism by the prosecutor.

No official comment has been made by the OLF so far.

Suspected of directly or indirectly involving, many people have been in jail in relation to the June 23, 2018 Addis Ababa bombings.

The bombing occurred at the rally organized to support the reform led by Prime Minister Abiy Ahmed. The explosion happen around 60 to 70 meters away from the podium Prime Minister Abiy was sitting with other officials, according to an eye witnesses testimonies to Walta TV.

The rally was organized by volunteers to show support to the reform launched by Prime Minister Abiy Ahmed.

OLF’s name was cancelled from the terrorist group list of the government a few months ago after the reformist Prime Minister Abiy Ahmed came to power.

Eye witnesses have stated that the attack took place around the stage where Prime Minister Abiy Ahmed was sitting with other guests of honor. Reports show that at least four people have died while around 156 people were wounded as a result of the bomb attack.

So far, no comment has been made by the OLF about the charges. OLF, which has been fighting to declare Oromia Region as an independent country for over 40 decades, has recently been divided as some of the founding members have abandoned their previous secession plan.

The OLF, led by Dawud Ibsa Ayana, who was based in Asmara with his army, has recently announced partnership with the Oromo Federalist Congress (OFC) led by Bekele Gerba.

After the rebel group’s name was cancelled from terrorist list of the government and pardoned, Dawud’s OLF along other leaders were welcomed colorfully in Addis Ababa a few weeks ago.

Currently there are five political organizations registered to advance the political, economic and social interest of the Oromo people in Ethiopia. 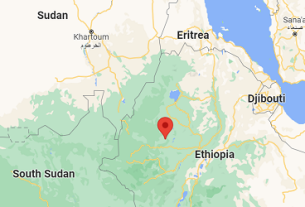 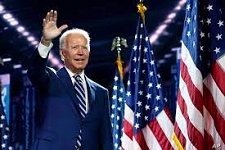