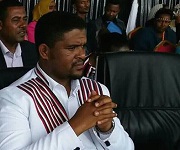 In his statement today he stated that Ethiopia “will not be ruined by the terror conspiracy of Tigray Peoples Liberation Front (TPLF) and OLF Shene.” He indicated that the TPLF has been engaged in terror acts after it has lost its power in the central government, which it has used to rob the nation. “Instead of regretting and repenting for its crimes it has committed for the past 27 years, TPLF has continued its devilish acts,” Shemelis said.

Expressing his sorrow for those who lost their lives, he stressed that the government will continue to take its proven successful actions against the OLF Shene. Prime Minister Abiy Ahmed in his part also condemned last night’s killings of innocent people that he said has targeted specific group of ethnic people. PM Abiy stated that Ethiopia’s enemy are those who vowed if we don’t rule the country, will ruin it.

In a related development, 32 individuals reportedly involved in causing conflicts in Assosa area are sentenced today by up to 20 years of imprisonment. The report of the ruling party affiliate FNC stated that the individuals have caused the death of 17 people in June 2018.It was in mid 2018 that the TPLF has lost its dominance in Ethiopian politics and economy after the Amhara and Oromo parties with additional votes from Southern region party, which are the members of the four ruling coalition have collaborated and elected Abiy Ahmed to lead the coalition.

Then Abiy Ahmed, which automatically became Prime Minister has rebranded the then coalition of the four political parties Ethiopian Peoples Revolutionary Democratic Front (EPRDF) as Prosperity Party brining aboard the political parties in the peripheral regions of Ethiopia. meanwhile TPLF has refused to be part of the new coalition expressing its disagreement with the federal government of Ethiopia being led by Prime Minister Abiy Ahmed. 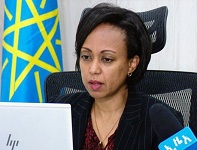 Dystopia – Why can’t our MPs look one another in the face?