With the aim of boosting efforts to fight transnational threats across these regions, the police chiefs of Central and West Africa join hands.

Furthermore, the declaration determines that the police chiefs will put the agreement to their ministers of interior for approval.

The agreement provides for a common, cross-regional approach to preventing and combating transnational organised crime, terrorism and violent extremism, and was the outcome of a high-level, two-day meeting organised by the CAPCCO Secretariat, the Government of the Republic of Congo and the ENACT project at the Institute for Security Studies (ISS). The meeting also benefitted from the support of the Central African Economic and Monetary Community (CEMAC) and INTERPOL.

Cross-border threats and criminal activities are increasingly undermining prospects for peace, security and development in West and Central Africa. Porous borders, ongoing low-level conflict and weak institutions have engendered fragility and the rise of crimes like the trafficking of arms, drugs, wildlife products and humans; financial crimes; maritime crime and terrorism.

The result has been a lucrative criminal economy, and a heavy toll inflicted on people across all sectors of society. ‘Transnational organised crime leads to the siphoning off of funds that ought to be spent on bolstering institutions and development opportunities,’ says ENACT Project Head, Eric Pelser. ‘The true and unquantifiable cost of these crimes is the theft of prospects, opportunities, livelihoods – and lives.’

The meeting of police chiefs of the member states of CAPCCO, WAPCCO and Mauritania took place in Brazzaville on 13 and 14 June 2018.

Opening the meeting, Minister of the Interior and Decentralisation of the Republic of Congo, Raymond Zéphirin Mboulou, spoke about the devastating impact of organised crime across Central and West Africa.

He emphasised the importance of collaboration in responding to these crimes, and outlined the need to simplify operational procedures in detecting, intercepting and prosecuting criminals. ‘By signing the agreement, we will replace lengthy extradition procedures, and simplify collaboration in the transfer of criminals and goods from police to police,’ said the minister.

While criminals in the two regions operate with an apparent unfettered freedom of movement, law enforcement officers do not. ‘No one country can on its own combat transnational organised crime. In the same way that crime crosses borders; so too must responses to curb it see the joining of forces across national boundaries. Cooperation is key,’ said CAPCCO Chair representative, Kolsala Sirandi Ongtoin. The agreement puts in place practical mechanisms to strengthen day-to-day, operational collaboration among police institutions.

‘Transnational criminal networks are organised, well equipped and powerful – often more so than the state institutions and law enforcement agencies that are meant to fight them,’ says Michel Koua, Head of the INTERPOL Regional Bureau in Yaoundé, and Head of the CAPCCO Secretariat.

‘We must now, more than ever, provide strong, concerted and coordinated responses to threats to peace and security, that extend beyond our regions,’ stated Têko Mawuli Koudouovoh, Chairperson of WAPCCO and Togo Chief of Police. This sentiment was echoed by Ambassador Saskia De Lang from the Delegation of the European Union to the Republic of Congo. ‘Cooperation is not a choice, but a necessity,’ she said in her address to the police chiefs.

West and Central Africa are deeply connected in terms of their geography, history and cultural heritage. Despite these linkages, the regions have responded to transnational organised crime in a fragmented manner. With a new agreement in place and a common understanding, criminal syndicates now take on 24 countries when they take on one. 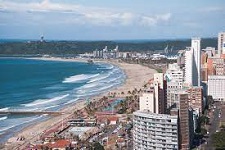