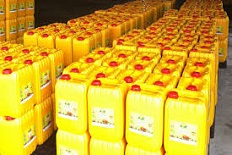 According to the Global Agricultural Information Network (GAIN) Ethiopia’s oilseeds annual report, the total production of sesame seed, Niger seed, and soybeans during the coming September and October of 2020/21 marketing year is estimated to reach 705,000 metric tons, slightly down by 0.3 percent over previous year.

With expansion of acreage and improved yields due to good weather conditions, production of soybeans and nigger seed is expected to increase nearly by 14 percent and 2 percent, respectively; whereas, sesame seed production is estimated to drop by 9 percent because of reduction in planted area.

The projected impact of COVID-19 on supply chain disruptions, on one hand, has pushed farmers to slash sesame seed plantings and shift to cultivation of food crops mainly sorghum to enhance local supply. On the other hand, the expansion of local edible oil complexes and integrated agro-industries in the country is anticipated to stimulate oilseeds production to meet the rapidly growing local demand for cooking oils as well as livestock feed.

Ethiopia’s oilseed sector plays an important role in generating foreign exchange earnings and supporting the livelihoods of market actors across the value chain. Oilseed crops are the third largest foreign exchange earners, next to coffee and cut flowers, and the oilseeds of sesame, soybean, and nigger seed contribute to nearly 17 percent of Ethiopia’s agricultural exports. During October and September of the 2019/20 marketing year, exports of sesame, nigger seed, and soybeans generated 376 million USD in foreign exchange earnings. A survey report of Central Statistics Agency (CSA) shows close to 1.4 million farmers produce oilseed crops in the country.

According to the 2016 report of the Ethiopian Central Statistics Agency, the country has annual potential of producing more than 784,809 tons of oil seeds. However, Ethiopia is importing more than 350 million metric tons of subsidized palm oil per annum mainly due to challenges in the oil value chain in the country.

As a result, the 5.2 billion Birr worth W.A. Industrial Edible Oil Complex owned by Ethiopian business tycoon Worku Aytenew, which was inaugurated recently in Debre Markos town of Amhara State, is of paramount importance to meet the ever-growing demand. The W.A. Industrial Edible Oil Complex is carefully choreographing to amass its potential and address the huge edible oil demand in the country. As of the information gained, the factory also aspires to export its product to neighboring and other countries.

Prime Minister Abiy commended the business magnate’s success in erecting a massive factory and creating enormous jobs for the local community and the public at large and called on other businesses to follow Worku’s heroism.

Owner of the Complex, Worku Aytenew on his part said that the factory will start supplying adequate edible oil products within one month to the local consumers. Wholesalers and retailers that are carrying out the dissemination of the product have already been identified, he added.

According to the investor, W.A. Industrial Edible Oil Complex has the capacity of producing 1, 350,000-liter edible oil in daily operation. Currently, the factory employs 1,500 citizens and it would have the capacity to hire 6,000 staff in three-shift upon fully operational. The W.A. Edible Oil Complex will have a multi-purpose economic development project for Ethiopia.

The investor further said that the company will focus on addressing the local edible oil demand. At the same time, the company will also supply edible oil to the international market and eyes to generate foreign exchange for the country. The inauguration of W.A Industrial Edible Oil Complex is one such an opportunity for engagement in production of basic consumer products locally. Accordingly, the factory uses nigger seed, peanut seed, soya bean and sesame seed as input for the oil processing. On top of addressing the local edible oil demand, the factory is said to export sesame seed to several countries of the world.

It is to be recalled that Ethiopia inaugurated a 4.5 billion Birr PhiBela, a Giant Edible Oil Complex in Bure town, Amhara region in April, 2021. This bears eloquent testimony that the government of Ethiopia has given due attention to the agro industry sector, and put in place directives to attract more investors to this area of investment. Once the complex becomes fully operational, the factory will be among the giant palm oil processing plants in Africa.

The PhiBela edible oil has a daily production capacity of 1.5 million liters of palm oil is deemed to be the largest edible oil factory in the country to potentially cover 60 percent of the country’s demand when fully operational. The factory said will play a significant role of stabilizing the domestic market of edible oil before venturing into the export market. In addition, it is expected to create 3,000 jobs.

Currently, Ethiopia’s local production of edible oils is estimated at 31,000 metric tons annually. However the local consumption exceeds 615,000 metric tons, of which 95 percent is met by imports. (EPA)