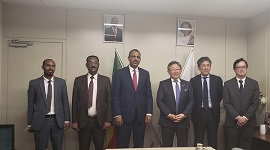 The executive president told Ethiopia’s Ambassador to Japan, Kassa Teklebirhan, during the meeting they held in Japan, according to Ministry of Foreign Affairs.

During the occcassion, Nambu expressed his happiness that Sumitomo Corporation won the award of a Full-Service Telecommunications License in Ethiopia along with its international partners.

The corporation vowed to invest over 2 billion USD in the coming five years in the telecom sector, it was learned.

It also expressed readiness to explore others areas of investment in Ethiopia.

Ambassador Kassa congratulated the corporation for winning the bid and extended his appeal that the corporation replicates the practice of expanding business and investment endeavors in sectors of its specialization in Japan, Asia, and Africa. Sumitomo Corporation 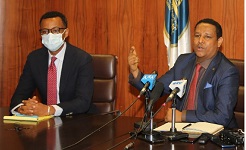