The decision was made on Tuesday during the Ethiopia’s ruling party coalition, the Ethiopian Peoples’ Revolutionary Democratic Front (EPRDF) Executive Committee meeting. The shares of these companies will be offered to both local and foreign investors while the government remains to hold major shares, according to the decision.

In 205/16 Ethio Telecom has generated total revenue of 28.4 billion birr (around $1.1 billion at the current exchange rate). It is not yet clear if the new decision of the government allows other telecom operators to compete with the Ethio Telecom.

While in ten months before May 2017 Ethiopian Electric Power Corporation has earned $165m in revenue for sale of electric power.

In 2017 Ethiopian Airlines, one of the fastest growing and largest aviation group in Africa, has reported a total profit of $232 million. The Group also aims to generate $10 billion annual revenue by 2025.

The government has also decided to sell wholly or partly the state owned sugar factories and fertilizer production projects.

The government decision will enable the country to mobilize money for other investors and solve the current foreign currency shortage as well as strengthen the role of private sector in the economy, according to Ahmed Shide, the new Minister for Government Communications Affairs of Ethiopia.

“Hence, opening the sector for competitions will help in achieving this goal because service provider to attract the customers and stay in the market will deliver quality service to the customers that ultimately help the economy grow and be competitive in the international market,” the paper concluded. 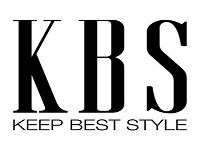 DasCoin: What is a Permitted Blockchain?