Electronic music sensation Rophnan is set to rock Addis Ababa with his ‘My Generation’ concert.

This Saturday, at the Ghion Hotel, the multi-talented electronic music star Rophnan, will entertain his fans. Rophnan who made his debut on Coke Studio Africa 2019 recently, will be showcasing his extraordinary mix of Ethiopian traditional sounds with modern electronic dance music (EDM) to his growing fan base, in his highly-anticipated music concert, this weekend.

Talking about his music genre, the EDM producer, DJ and performing artist Rohpnan said “I consider electronic music the jazz of our generation, remember jazz came from people being oppressed and not being heard, and them trying to get that freedom. In the same way, electronic music allows me to be whoever I want.

A dreadlocked, sneaker and shades wearing 20-something is the last person anyone would associate with shepherd flutes, ancient bows, traditional harps and musicians from distant corners of the countryside.

But Ethiopia’s Rophnan Nuri believes these elements he so loves are what gives Ethiopian and African music its cool, competitive edge and distinct soul.

This is the vibe he brought to Coke Studio Africa this year, the first time the show featured a producer, as a collaborating musician.The popular artist also known as “Rophy” has been producing music since he was 16.

This modern/ancient music mix is what you hear when listening to Rophnan’s 2018 debut album, Netsebrak (which means Reflection). Rophnan made history as the first electronic dance music album Netsebrak  was published in Ethiopia.

In Rophnan’s words “For me, electronic dance music genre is simply most suitable to create new music with…” adding “Coke Studio Africa is a great platform to be who we are as artists.”
[embedyt] https://www.youtube.com/watch?v=N9z_Tkrhng0[/embedyt] 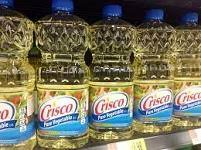