The United States and South Korea signed a partnership agreement to expand the Power Africa program the former has been implementing I the power hungry continent.

The Administrator noted that America is happy to see Korea today standing on its own and helping others passing through the 1950s war which is known as a result of the Cold War.

“America is proud to play part of this process, building of the values that we share like democracy, free enterprise and respect for human dignity,” he said, implicating how the United States has stand by the side of Korean people during the war and helped building Korea’s economy after the war with North Korea was concluded in 1953.

“The Memorandum of Understanding [MOU] we signed today is more than a piece of paper. It symbolizes two great friends dedicating themselves to work together so that others might have a brighter future,” he said.

Launched in 2013 Power Africa program of the United States government involves several agencies as well as the private sector. It aims to provide power for 50 million Africa’s by ultimately add 30,000 megawatts of new electricity and 60 million electrical connections by the year 2030 reaching 300 million Africans. It also involves 1,000 kilometers installing of transmission lines.

“This will be a game changer in the overall effort to electrify Africa,” said Administrator Mark Andrew Green. 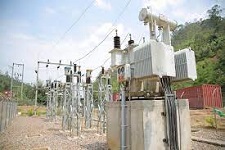 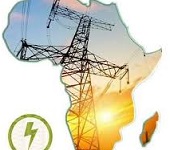