Africa and Turkey are holding the 2nd Turkey Africa Economic and Business Forum, which was co-organised by the African Union Commission and the country’s Ministry of Trade.

It is meant to promote cooperation opportunities by providing a platform for government, investors, private sector, and financial institutions from Africa and Turkey. More than 3000 delegates across these sectors are attending the Istanbul forum.

Promotion of public- private partnerships is being highlighted at the forum as a critical element in the development efforts of both Africa and Turkey.

The forum was officially inaugurated on Wednesday and follows an earlier event that was held in 2016.

Encouraging and facilitating private sector exploitation of investment and business opportunities is therefore a key objective of the forum, as is increasing interaction between the business communities of Turkey and Africa.

“The private sector is the cornerstone of growth and development. While the public sector has the key responsibility of creating the enabling environment for business to prosper, the private sector, on its part, must be prepared to face the challenges of today’s stiff global competition by strengthening capacity, embracing innovation, and working hand in hand with governments to invest in areas that are critical for economic growth”, said the African Union’s Commissioner of Economic Affairs, Professor Victor Harison, at the forum’s opening ceremony.

In this light, the over 1000 business will, over the next two days, discuss financing of trade and investment in Africa; collaboration between Africa and Turkey in construction, infrastructure and energy; and integration efforts of Africa and market opportunities for Turkish business people.

They will take part in government to business, and business to business meetings. It is expected that these engagements will also lead to increased efficiency of business councils in order to promote business dialogue and trouble shooting.

Raising awareness of the African Continental Free Trade Area (AfCFTA) and its implications for the private and public sectors is another stated objective of the forum. All African speakers at the opening ceremony underscored the importance of the AfCFTA, including Ethiopian President Dr Mulatu Teshome, Commissioner Harison, Rwanda’s Prime Minister Mr. Edouard Ngirente and Mr. Melaku Ezezew of the Pan African Chamber of Commerce and Industry.

The AfCFTA will create a single continental market for goods and services for Africa’s 1.2 billion people, expected to reach 2.5 billion by 2050. With it will come free movement of business persons and investments, as well as enhancement of competitiveness at the industry and enterprise levels. It is one of the key projects under Africa’s Agenda 2063 development framework.

At the political level, there was re affirmation of the need to grow the Turkey Africa partnership, with Turkish President Mr. Recep Tayyip Erdogan saying, “We highly value our cooperation with Africa. The forum should contribute to trade and investment between Turkey and Africa and we are keen to strengthen our relationship”. Similar sentiments were expressed by all the African speakers.

At the same opening ceremony two countries i.e. Senegal, Zimbabwe signed agreements with the Turkish government while the African Union, represented by Commissioner Harison, signed a memorandum of understanding (MoU).

The Africa Turkey partnership is one of many that the African continent has entered into in order to boost its chances of attaining the aspirations, goals and targets set out in Agenda 2063. Other partnerships exist with the United Nations and its agencies, the European Union, South America, the League of Arab States, the United States, China and Korea.

Participants to the forum, which concludes tomorrow, include ministers from Africa and Turkey, senior officials of the African Union Commission, non-governmental organisations, chambers of commerce and industry, business councils, entrepreneurs, diplomatic missions to Turkey, and the media.

A final communique, highlighting all the areas of cooperation under the partnership as well as various commitments to come out of the forum, will be issued at the forum’s conclusion. The communique will be available on the African Union website www.au.org. 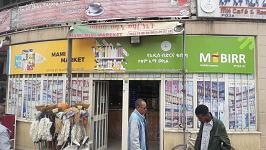 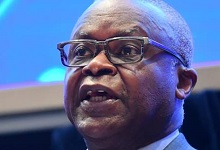