The 2018 Beijing Summit of the Forum on China-Africa Cooperation was held on 3 and 4 September 2018 under the theme “China and Africa: Toward an Even Stronger Community with Shared Future through Win-Win Cooperation”.

The summit was attended by the Heads of State, Government and Delegations of the People’s Republic of China and 53 African countries, the Chairperson of the African Union Commission, United Nations Secretary-General and the Executive Secretary of the Economic Commission for Africa.

The Summit adopted the Beijing Declaration which, among other things, emphasized that the cooperation between China and Africa under the Belt and Road Initiative will generate more resources and means, expand the market and space for African development, and broaden its development prospects.

The Declaration also underscores the importance of forming a strong synergy between the Belt and Road Initiative and the 2030 Agenda for Sustainable Development of the United Nations, Agenda 2063 of the African Union as well as the development strategies of African countries.

To implement the outcomes of the Summit and to chart the course of China-Africa friendly and mutual beneficial cooperation, the two sides adopted a three-year Action Plan (2019-2021) that cuts across the following areas, political cooperation, economic cooperation, social development cooperation, cultural and people-to-people exchanges, and peace and security cooperation.

China also announced that it will provide US$60 billion – of which US$15 billion will be in the form of grants – to accompany the agreed Beijing Action Plan.

Cooperation Agreement
The UNECA Executive Secretary Vera Songwe attended the Forum on African Energy Interconnection Development on 4 September 2018, organized by GEIDCO and attended by over 400 Chinese and African energy experts.

She delivered opening remarks in which she stressed the important role of global and African energy interconnection as well as clean energy development in achieving the Sustainable Development Goal of universal access to electricity by 2030.

She also emphasized the nexus between Africa’s regional transport corridors and cross-border energy interconnection as well as the implications for the Belt and Road Initiative. A Cooperation Agreement between ECA and GEIDCO was signed at the end of the Forum.

The Agreement establishes a framework for joint efforts by the two institutions in the field of clean energy development and power grid interconnection in Africa.

Ms. Songwe held a series of high-level engagements in the sidelines of the Summit. She visited the Headquarters of the Global Energy Interconnection Development and Cooperation Organisation (GEIDCO), where she was received by Liu Zhenya, Chairman of the organization.

GEIDCO was founded in 2016 to meet global power demand with clean and green alternatives and currently has 503 members from 80 countries.

It has 39 members from 17 countries in Africa. Ms. Songwe and Mr. Liu Zhenya agreed that ECA and GEIDCO would collaborate in promoting consensus on the concept of global energy interconnection as well as in undertaking research and organizing policy dialogue on related issues.

They discussed opportunities and options for PPP training of African officials with the involvement of the African Institute for Economic Development and Planning (IDEP). 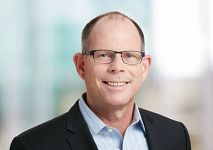