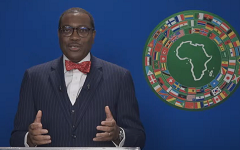 “The effects of the pandemic on the continent’s economy have been massive. Africa’s cumulative GDP losses are estimated between $145 billion and $190 billion. Africa will need a lot of resources to support its recovery. Low-income sub-Saharan African countries alone will need $245 billion by 2030, while all of sub-Saharan Africa will need $425 billion by 2030,” said AfDB President Dr Akin Adesina. He made the remark this morning speaking at the opening of the annual meeting of AfDB.

“The Bank launched a $3 billion social impact bond on global capital markets, which was at the time the largest ever US denominated social bond in world history. We announced a $10 billion Crisis Response Facility. We provided $28 million to the Africa Centres for Disease Control and Prevention. We saved lives and livelihoods. We secured the future. We turned peril into possibility,” he said.

“…We commend the positive efforts being made by the International Monetary Fund and the G-20 to address the debt situation, including initiatives such as the Debt Service Suspension Initiative and the G20 Common framework. We now have a real opportunity to tackle Africa’s debt challenges, more decisively, with the recent decision by the IMF to issue $650 billion special drawing rights (SDRs).”

“As agreed by African Heads of State and global leaders at the Summit on Financing of African Economies, called by President Emmanuel Macron of France, $100 billion of these SDRs should be provided to support Africa. I am delighted that the G7 Heads of State and Government agreed to this call at their recent summit,” he said at this year’s AfDB annual meeting being virtually held. 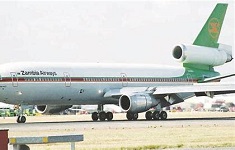 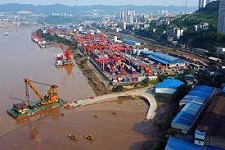