Nominations for the $100,000 Africa Food Prize, an award that recognizes individuals and institutions working to make farming a profitable business in the continent, is opened.

The 2019 award aims to award those who work hard to change the reality of farming in Africa—from a struggle to survive to a business that thrives. The $100,000 prize celebrates Africans who are taking control of the continent’s agricultural agenda.

The Award puts a spotlight on bold initiatives and technical innovations that can be replicated across the continent to create a new era of food security and economic opportunity for all Africans.

Last year, the 2018 Africa Food Prize was awarded to the International Institute of Tropical Agriculture (IITA) for its leadership in generating agricultural research and technologies that have improved food security, nutrition.

The institute helped improvement in the incomes for millions of people across Africa; and its consistent innovation helped find new solutions to the continent’s most pressing challenges of youth unemployment, climate change, and pests and diseases.

Prof. Oniang’o was recognized for her pioneering leadership in academia, research, and policy to improve food security and nutrition for millions in Africa; and for her groundbreaking work, with farmers’ groups and rural communities, that connects agriculture and nutrition both in research and practice.

Mrs. Coulibaly, an entrepreneur and agro-industrialist from Mali, was feted for for her illustrative business success in producing, packaging, and distributing improved and high-yielding seeds that have significantly improved the food security and incomes of smallholder farmers throughout Mali and West Africa; and for her inspiring combination of world-class business practices and sound technical skills exemplifying the best of Africa’s agri-business sector.

In its inaugural year, 2016, the Africa Food Prize award was given to Nigerian Dr. Kanayo F. Nwanze, the former President of the Rome-based International Fund for Agricultural Development (IFAD). Dr. Nwanze was recognized for his outstanding leadership in putting Africa´s smallholder farmers at the center of the global agricultural agenda.

Deadline for nominations is Tuesday, May 14, 2019 and the winner will be announced at a high-profile award ceremony at the African Green Revolution Forum (AGRF) this September in Accra, Ghana.

This is not withstanding the perennial under-utilisation of the vast resources in the continent, including over 600 million hectares of uncultivated arable land – 60 percent of the global total.

A direct consequence of this under-exploitation of resources is the inability of Africa to produce enough to feed its ballooning populations leading to a constant reliance on international aid.

The Africa Food Prize recognizes the efforts of all those that are converting these challenges into opportunities to create wealth and jobs for the continent, its economy and people.

Winners are selected by the Africa Food Prize Committee, an independent body of preeminent leaders that is chaired by the former Nigerian President, Olusegun Obasanjo. 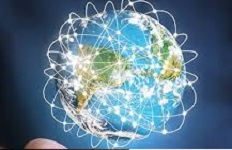