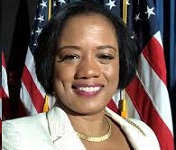 U.S. Deputy Assistant Secretary (DAS) of Commerce for Middle East and Africa Global Markets Camille Richardson participated in a Women’s Empowerment Through Trade Initiative Coffee Chat Series (“The Series”) on March 9. The event occurred during Women’s History Month. The virtual meeting featured speakers and panelists from the private sector and government from Ethiopia and the United States.

The panel featured two Ethiopian female entrepreneurs, Felekeche Biratu and Sara Yirga, and Business Development Specialist at the Export-Import Bank of the United States (EX-IM) LaTaunya Darden. Felekeche Biratu is the co-founder of the Yenae Collection and a member of the Association of Women in Boldness/Business.

Sara Yirga is the founder of Ya Coffee Roasters and Ethiopian Women in Coffee. Both shared valuable perspectives on opportunities in Ethiopia, female entrepreneurship, and potential for business relations between women-led businesses in the United States and Ethiopia. LaTaunya Darden outlined the important role that EX-IM can play in supporting U.S. exporters.

The Ethiopia Coffee Chat was the second of ten such engagements planned throughout the year by the Office of Middle East and Africa at the U.S. Department of Commerce. “The Series” is one component of the Women’s Empowerment Through Trade Initiative, which will include another webinar on March 31, 2021 organized in conjunction with the President’s Advisory Council on Doing Business in Africa, and which will focus on women’s entrepreneurship throughout the African continent. “The Series” will culminate in a multi-region event in Dubai in conjunction with Trade Winds Dubai, in March 2022, that will coincide with International Women’s Day 2022.


This Ethiopia Coffee Chat reflects the high priority that the U.S. Department of Commerce places on the commercial relationship between the United States and Ethiopia. The U.S. International Trade Administration also maintains a Memorandum of Understanding (MOU) with the Ethiopian Ministry of Finance and Economic Development. This MOU was signed in 2018 and is intended to facilitate information-sharing and collaboration on commercial opportunities in priority sectors. 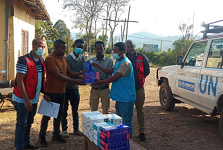 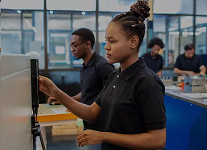