The African Continental Free Trade Agreement (AfCFTA) has huge potential to move Africa to dizzy heights of development on the platform of the African Union’s Agenda 2063, says Nigeria’s Industry, Trade and Investment Minister, Mr. Okechukwu E. Enelamah. Nigeria is yet to ratify the AfCFTA.

Speaking at the 2018 Africa Trade Forum in Lagos, Mr. Enelamah said both the AfCFTA and Agenda 2063 provide the legal and policy framework for addressing the challenges before the African Union and seizing its opportunities.

“But, speed is now of the essence. This time it must be different,” he told delegates from across the continent and beyond who are attending the two-day forum under the theme; AfCFTA Ratification and Implementation: A game changer for African Economies.

“Our countries, individually, and our African Union, collectively, are confronted with a complex of problems that are compounding. These include demographic pressures; a population growth rate that has out-stripped GDP growth rates; unemployment; food insecurity; and, the justified impatience of a youthful African population, demanding for a better life.”

The Minister said there was progress in Africa ‘but, we need to move much faster, more purposefully, with improved coordination and greater discipline to harvest the abundance of opportunities’.

He said the pace of change and transformation in the global economy, beyond Africa, had accelerated and Africa could not afford to standstill or proceed at a slow pace.

“As with the expression, whenever you wake is your morning. Now that Africa has woken up we must shift into speed gear and accelerate. We must be more business-like,” said Mr. Enelamah.

He continued: “Agenda 2063, that our leaders agreed in the AU in 2015, and the March 2018 Agreement Establishing the African Continental Free Trade Area, both provide the legal and policy framework, for addressing the challenges before the African Union and seizing its opportunities. But, speed is now of the essence. This time, it must be different.”

The Minister said Nigeria, which is still to sign the AfCFTA, is following developments on AfCFTA keenly.

“We have our eyes not just on the ball, but on the entire game. We are very much in technical play,” he said as he appraised delegates on the nation’s internal consultations on the AfCFTA.

“What is different this time is that we have to ensure that we walk the talk. Collectively, and individually, we must have a plan to implement the AfCFTA – any agreement that we sign. Africa has to take itself seriously, so as to be taken seriously by others. This time must be different!”

The 2018 Africa Trade Forum has 12 sessions covering broadly the AfCFTA from presentations on its broad modelling to sectoral analysis, funding options, digital economy opportunities, description of the technicalities of preparing offers for goods and services schedule and, implementation strategies.

Discussions are also centering on the next stage of the negotiations, covering investment, intellectual property and competition in a bid to deepen outreach, expand capacity, dispel the myths and the fiction, deepen consensus and accelerate the hard work of mainstreaming the technical vocabulary of trade policy into mainstream development plans.

This year’s Africa Trade Forum was co-organized by Nigeria, the African Union Commission (AUC); the Economic Commission for Africa; and, the Rockefeller Foundation.

Nigeria not against AfCFTA

There is unanimity in Nigeria on the immense benefits of promoting intra-African trade for development, job creation and poverty reduction, Nigeria’s Vice President, Mr. Yemi Osinbajo, on Friday. In a keynote at the 2018 Africa Trade Forum in Lagos, Mr. Osinbajo, whose country is yet to sign the African Continental Free Trade Agreement (AfCFTA), said Nigeria was not against the pact but was continuing to consult all stakeholders to ensure concerns and challenges are addressed, ostensibly before the country can put pen to paper.

“I can tell you that there is virtual unanimity from those against and those for the AfCFTA on the benefits of intra-African trade for development, poverty reduction and job creation,” he told delegates attending the two-day forum.

The Vice President added: “Across the board all stakeholders point to the issues where the policymakers are required to act in coordination regionally in dealing for example with issues like agreement on rules of origin which is critical to avoid abuse, that third parties cannot benefit from an agreement their government has not signed, trade finance and related subjects.”

“Although most stakeholders support the agreement, there are concerns about impact especially on the local markets and the need to protect the agreement from abuse by third parties. This is an opportunity for us to get this right and implement the agreement correctly.”

He lauded the AfCFTA as ‘the most significant Pan African agreement in this generation that we have yet signed as the continent’.

“It’s impact on commerce and practically everything else will arguably be most profound,” Mr. Osinbajo said as he assured delegates that though Nigeria is yet to sign the AfCFTA, it has been upping its consultation with major stakeholders on the benefits of the agreement.

The consultation process, he said, remains diligent, rigorous and transparent and was yielding positive results.

“Since its establishment, the pace of outreach to improve on it, to build capacity and to sharpen expertise has accelerated. Trade negotiations have done their job and we now enter the more crucial business of negotiating the details of tariff offers and what safeguards to put in place and on which goods and the specifics for the commitments for trade and services,” the Vice President said.

He said it was now time for ‘policymakers and stakeholders with the support of regional institutions across the continent to improve on the standard of the stakes in play’.

“Nigeria as Africa’s biggest market is most likely to benefit the most or lose the most from the AfCFTA,” the Vice President said in emphasizing the importance of a rigorous consultation process ahead of the country’s final decision on the pact.

Led by business mogul, Aliko Dangote, Nigeria’s business and heavy industry were unanimous that it’s a question of when the country signs, not if Nigeria will sign the AfCFTA.

Nigerian business agrees the nation stands to benefit most from the AfCFTA. They said they are ready to work with government and regional economic institutions to design the process, adding agreement on rules of origin is critical for signing.

For his part Dangote said consultations being carried out by the government are crucial to ensure all concerns are addressed.

“Nigeria did not rush to sign the agreement because there are consequences and Nigeria has some big industries. When Nigeria signs the agreement, it will be the biggest beneficiary because it has the largest heavy industries.”

He continued: “Industrialisation brings in a lot of wealth and prosperity. Nigeria is not against the ACFTA but we are only saying let us do things right with a solid foundation. The regional markets need to work to prevent foreign goods from invading our market.”

He said his companies believe in intra-African trade. 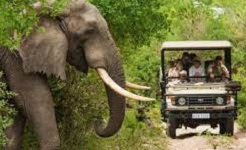 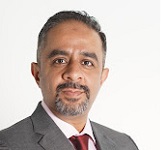