By Andualem Sisay Gessesse – China and the United Arab Emirates (UAE) are the major sources of fake invoices importers in Ethiopia are using, says Ethiopian Revenue and Customs Authority (ERCA).

Last year ERCA secured additional import tax revenue of 34 billion birr (over $1.6 billion at the then exchange rate) from importers in Ethiopia by identifying fake invoices produced by companies in China and the United Arab Emirates.

“Had we not found out that these invoices are fake and fixed them, the import tax income of the country last year would have been cut by half,” said Fekadu Bekele, Director of evaluation, tariff procedure and program development at ERCA.

Some 80% of these import invoices were faked and are adjusted to the real price, according to ERCA’s officer, who indicated that the total tax income of the country was around 136 billion birr (around $6 billion at the then exchange rate).

In Ethiopia exporters of goods are exempted from export tax except those engaged in export of semi-processed leather. The reason behind is to encourage exporters of finished goods and improve the growing trade deficit of the country.

“Importers in Ethiopia are using fake invoices (mainly under-invoicing) is to reduce the amount of tax they pay on imported goods.  The level of faking the invoice is 100% on average – if the genuine price of a product is $100, the importers come with a fake invoice that indicates the price is $50,” says Mr. Fekadu, who also noted that some importers even go beyond 100%.

He noted that even though Europe and India are also trading partners of Ethiopia, they are not engaged in providing fake invoices to importers in Ethiopia.

“This is mainly due to the transparency and strict regulations being implemented in many European countries. As the Indian government provides export incentives for exporters and we are also using the international products price database used by Indian government, we don’t often find fake invoices coming from there,” he said.

Currently Ethiopia’s import volume has reached $17 billion per year while the earnings of the country from export goods stagers below $3 billion.

Recently UAE’s Dubai is blacklisted by the European Union as one of the 17 tax heavens with secrecy laws and practices. Recent leaked papers such as, the Panama and the Paradise Papers, revealed that tax heavens are used by most businesses including big names such as, Apple, Google, and Nike, among others, to hide money. The companies are claimed to lock money in these jurisdictions to avoid tax in the countries they actually operate in.

The companies fly the money to these tax heavens as expenses, such as branding fee, management, copyright, profit shifting by trading within a group of companies, creating shell or shelf companies and the like, which will result in the reduction of their profit and ultimately leading them to pay less tax or even declare loss.

“Let’s say company X invoiced a shirt $2 in a country it is produced and export it to its subsidiary company Y in a tax heaven. Then company Y re-invoices that shirt $15 and sell it to its retailers in Europe. In this way company X is managed to shift its profit or taxable income to a tax heaven jurisdiction,” says John Christensen, Head of Tax Justice Network, explaining the alarmingly growing corporate cheating.

The companies often use highly qualified lawyers and accountants specialized in maneuvering and manipulating different jurisdictions’ tax laws and the gaps.

Net losses from illicit outflows from 1970 to 2008 from 33 sub-Saharan countries totalled $944 billion, according to Ndikumana and Boyce, authors of ‘Africa’s Odious Debts’. The book stated that the combined external debt for those countries at end of 2008 was $177 billion.

“Almost all these flows went via secrecy jurisdictions linked to OECD countries, with UK dependencies playing a prominent role,” it said.

Currently there are 21 tax heaven jurisdictions across the world. Most them are British overseas and colonies including, British Virgin Islands, Cayman Islands, Hong Kong, London, Switzerland, Mauritius, Panama and Singapore. 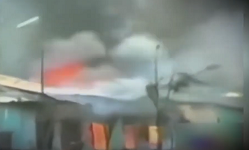