Despite on-going economic challenges and some tricky regulatory issues, Africa is fast approaching the 1bn mobile subscriptions landmark. The continued rollout of 3G and 4G networks, as well as an influx of low-cost smartphones, is changing the face of the African telecoms market by making the latest mobile innovations accessible and available to African citizens.

In light of the continent’s often underdeveloped broadband infrastructure, this is particularly significant as it finally brings African citizens into the global mobile fold, where anyone from business leaders and diplomats to smallholder farmers and school children can access the internet and increase their knowledge and economic opportunities.

Africa has also often played a leadership role in mobile innovation: its mobile money products – such as Mpesa – are among the most successful of any around the world, and the continent often finds innovative ways to work around its infrastructural challenges by finding new uses for feature phone tech such as USSD and SMS.

However, Africa is undergoing a process of broad and sweeping digital transformation which, in the telco industry, is being driven by three key forces:

1. OTT services putting pressure on telcos’ traditional revenue streams
Globally, more than 1.8bn people use OTT mobile services, which is why Ovum predicts a $293.4bn loss in the telco industry due to OTT VoIP services. In fact, Ovum predicts that by 2020 there will be 2.7bn OTT VoIP users, which will upend the entire traditional telco industry as providers seek new ways to increase revenue.

Telcos have already begun to incorporate OTT services as part of value-add packages to consumers. Of such telco-OTT partnerships, a quarter involve video content, 22% offer music services and a further 19% offer social media to consumers at reduced rates.

An Ovum report estimates that mobile data in Africa will grow from $6.40bn in 2015 to more than $27bn in 2021. As revenue from traditional voice services continue to be disrupted by OTT players, and consumers increasingly shift consumption habits to more data-intensive media such as video, operators will need to be in a position to innovate quickly and accurately or risk losing customers (and revenue).

3. Hyper connectivity – machine-to-machine and IoT devices creating opportunity for new revenue streams
Despite strong mobile revenue growth predicted for Africa over the coming years – from $55.55bn in 2015 to a predicted $69.67bn in 2021 – it is the emergence of the Internet of Things that will make the biggest impact on the African telco industry.

The World Economic Forum estimates there will be more than 50bn connected devices by 2020, creating what McKinsey estimates to be a $6.2tn industry by 2025.

As a company we have also made a strategic decision to take advantage of the opportunities on offer around IoT: in September, SAP announced it will invest $2.2-billion in IoT by 2020. Telco operators have a natural advantage in Africa as their infrastructure is often quite advanced, potentially making it easier for IoT devices to be connected to a single network with big data capabilities.

Telcos will need to navigate these forces if they are to create the new revenue streams they need to replace traditional voice income streams. The emergence of big data is likely to be the single biggest tool in telcos’ attempts in this regard, with a recent Ovum report identifying it as the top strategic investment among African telcos in the next 18 months.

Building on that through real-time analytics that allow for better decision-making, and enabling a deeper level of personalization that opens the door to new digital service offerings would give telcos the opportunity to transform their business models.

With a continent-wide mobile penetration rate of over 83%, Africa is well-poised to take advantage of the immense socio-economic and technology benefits promised by connected IoT devices. For example, telcos could merge data from commuters’ phones with smart sensors to determine traffic patterns and provide accurate insights to city planners in an effort to improve cities’ integrated transport plans.

Up-to-date weather information could be merged with agricultural sensors to provide African farmers with critical insights that can boost crop productivity and minimize risks to crops.

Telcos’ advanced infrastructure and data-processing capabilities can bring these benefits to life: by delivering personalized and accurate information to mobile users, telcos are uniquely poised to discover new opportunities for value-added digital services that bring true benefit to the end-user while creating entirely new revenue streams for the telcos themselves.

To thrive on the African continent, telcos need to find innovative new partnerships with OTT partners, video providers, and others to drive monetised traffic on their networks. Simultaneously, there is an urgent need for telcos to modernise their networks and IT infrastructure to ensure they are capturing all revenue opportunities, such as releasing new digital services including connected cars, home automation, and more. 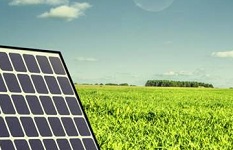