The African Development Bank and the African Institute of Mathematics and Sciences (AIMS) have initiated a landmark relationship aimed at building an industry-led research institution in the league of the Massachusetts Institute of Technology.

Former President of Nigeria, Olusegun Obasanjo, led a delegation of the High-Level Advisory Council of AIMS to a meeting with the African Development Bank in Abidjan, where a 10-year partnership proposal was made to build mathematical and scientific capacity in Africa, strengthen industry linkages, and create a competitive industrial and innovative space.

Obasanjo, the Patron of the High-Level Advisory Council for AIMS’ Next Einstein Initiative, with former Ghanaian President John Kufuor as Vice-Chair, described the visit as a huge opportunity for the Bank and AIMS to forge an extraordinary partnership to support African countries in the expansion of mathematical science education, training and research.

He commended Bank President Akinwumi Adesina for championing Africa’s development and assured that the proposed partnership is critical for the continent’s future. “If we are going to make substantial progress in industrialization within the next decade, be truly visible in the rapidly unfolding fourth industrial revolution and rise effectively to the challenge of creating decent and sustainable jobs for our youths, the continent must produce well motivated and well trained young innovators.”

Adesina stressed the need for Africa to develop with pride and pledged the Bank’s commitment to build a partnership with AIMS that would allow the continent to compete with the rest of the world.

“We must recognize that the world is moving fast. Consequently, how can Africa position itself in a rapidly changing world so that it doesn’t become disadvantaged? We are a knowledge-driven Bank and think our partnership will help us build quantum knowledge for growth. We are excited about the focus on young people. We also like the regional integration dimension of the work that AIMS does.”

The Bank President promised to convene a meeting of donors to discuss AIMS’ funding request, but stressed the need for greater participation by the private sector, particularly key industries that benefit from the institution’s research and work in science, technology and innovation.

He described the involvement of industry-led research as the driving force of the Silicon Valley. He also made a case for venture capital and private equity funds to support research outputs from the continent.

Neil Turok, the Founder of AIMS, described the Bank as a leading institution in Africa and said the Institute is excited about the prospect of a partnership. “I was trained to believe in Africa. I can tell you AIMS is the most exciting and dynamic science and educational institution in the world. What has driven the institution are the young students from Africa.”

Turok said AIMS’ research and industry-led capacity development aligns with the Bank’s High 5s, including its regional integration targets. “What we are doing at AIMS is to transform Africa is by giving opportunities to the youth. AIMS is African-owned, African-run, African-operated, but it hosts the best scientists in the world to give African young scientists the stuff they need.”

AIMS is seeking bridging finance of $5 million to build mathematical capacity in Africa and called for the Bank’s support to establish the African Presidential Resource Center. AIMS’ President, Thierry Zomahoun, explained, “Bridging finance is needed to build upon and sustain the momentum in AIMS’ ongoing expansion of mathematical sciences education, training, research and industry initiative on the continent.

“With the generous support of donors since 2003, AIMS has been able to mobilize and commit more than $60 million in support of fully funded scholarships for the brightest young African scholars to obtain master’s and PhD education and training in the mathematical sciences and to implement an industry initiative.”

Adesina commended Obasanjo for establishing the Nigerian Trust Fund, hosted by the African Development Bank in 1976, when he was the Nigerian Head of State. “We want to ensure that Africa is not left behind in the 4th industrial revolution. That is why we, as a Bank, are very happy that you are leading the AIMS delegation to push for the strengthening of mathematical sciences.” 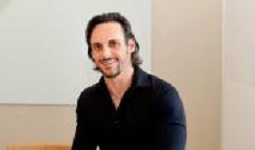 Cybersecurity is more than a tech issue

Doctors are using technology to get updates 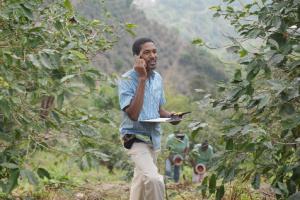