Speaking at the Economist Ethiopia Summit panel in the capital Addis Ababa this week, an Ethiopian government official told participants that the country has no intention at all to open telecom market for foreign operators.

“…The answer for your question is Ethiopia planning to open telecom sector for foreign operates is no,” said Andualem Admassie, CEO of the state monopoly – Ethio Telecom.

Responding to the claim that the government do not want to let in foreign operators because of its intention to control information outflow, the CEO denied and pointed the reason as only economic
benefit.

Ethio Telecom’s profit has reached 21.5 billion Birr (around one billion dollar) in gross profit in the 2014/15 budget year from 17.5 billion birr the previous year.

Stating that the government has been investing in the sector for the past years, Mr. Andualem also noted that Ethio Telecom is currently working to increase its current 60 million subscription capacity to 103 million in the coming five years.

There are currently 40 million mobile subscribers in the country, according to the CEO, who mentioned that the country is investing in both fiber and wireless technologies to improve the Internet service
of the country.

Ethiopia has introduced telecom service 120 years ago by the Swedish telecom company, Ericsson. Rafiah Ibrahim, President and Head of for the Middle East and North East Africa at the Ericsson, which is one of the three foreign companies currently engaged in the infrastructure development of
Ethiopia’s telecom sector on her part stated that mobile phone penetration in Ethiopia has been growing fast.

“We believe that every 10% mobile penetration increase will result in one percent GDP growth,” she said.

Along with Ericsson the two Chinese telecom companies, Huawei and ZTE are also working on telecom infrastructure expansion in Ethiopia worth $1.6 billion in total. 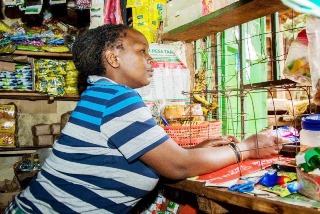