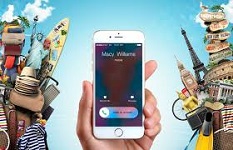 CORRECTED – The Ethiopian Communications Authority (ECA), the regulatory organ of telecommunications sector in Ethiopia, is set to reveal the names and number of international telecom operatories, which have submitted their bid for the two new telecom operator licenses.

The names and number of companies submitted their financial and technical proposals  for the two nation-wide service telecommunications licenses in Ethiopia will be held in Addis Ababa on Monday (April 26, 2021) by the Authority in collaboration with the Ministry of Finance of Ethiopia. The names and number of companies applied for the two licenses will be revealed right after the deadline set by the Authority – 11 AM on  Monday April 26, 2021.

Since the country announced its plan to liberalize its telecom market about three years ago, many international mobile operators have been showing interest to enter the 110 million plus population market.

Since the east African country has introduced itself with telecommunications service about a century ago, the state-owned enterprise now named Ethio Telecom has been the only telecom service provider in Ethiopia.

The Government of Ethiopia has set a plan for selling 45 percent stake of Ethio Telecom after the Authority issues the two new telecom operator licenses.

EDITOR’S NOTE- We apologize for the earlier mistake based on the media invitation we received. We made a mistake indicating that the awarding ceremony for the two licenses will take place on Monday. Meanwhile the communication office of Ethiopian Communications Authority just informed us that during the official opening of the bid on Monday, the only the names and number of applicants will be official. The final winners will be announced after evaluation of their technical and financial proposals will be assed, which likely takes weeks from now.