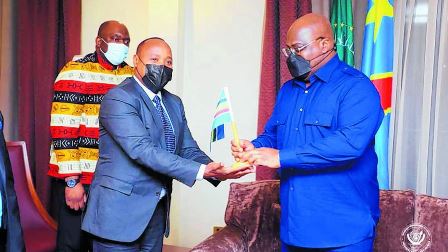 The Democratic Republic of Congo (DRC) will benefit enormously by joining the East African Community (EAC).

The benefits include free movement of people to the rest of the bloc and goods to the Dar es Salaam and Mombasa ports.

He made this argument on Friday evening during the official launching of the EAC verification mission to DRC on the latter’s bid to join the bloc.

The launching by President Felix Tshisekedi was held at the eastern border city of Goma in the presence of officials from around the region.

Once admitted, DRC, like the rest of the partner states, would nominate nine members to the East African Legislative Assembly (Eala).

It would also have to nominate judges to the East African Court of Justice (EACJ), the judicial organ of the Community.

But it is from the benefits to the region that EAC is pushing for the admission of sub Saharan largest country into the bloc.

DRC is seen as strategic for EAC growth due to its current trade relations and because of its vast natural resources with great potential.

However, DR Congo admission into the bloc was recently challenged by Ugandan lawyer Adam Kyomuhendo at the East African Court of Justice (EACJ).

The advocate of the High Court of Uganda alleges in a suit that DRC has been illegally and without due trial or process holding Ugandan activist William Mugumya and more than 35 other Ugandans.

It further alleges that Uganda nationals had been held in the DRC for more than six years contrary to human rights laws and the EAC Treaty.

Recent statistics indicate the EAC exported goods and services valued at $7.4 billion in 2018 to DR Congo.

This represented eleven per cent of the total imports into sub-Saharan Africa’s largest country.

The country has huge and untapped deposits of raw minerals, estimated to be worth in excess of $24 trillion.

Among them is 70 percent of the world’s coltan, a third of its cobalt among a range of high value minerals.

Although much larger than the combined six EAC partner states, DRC has a population of 86 million, about a half of the current EAC population.

Speaking when he received the EAC delegation, President Tshishekedi affirmed that his country was committed to join the EAC “at the earliest opportunity”. 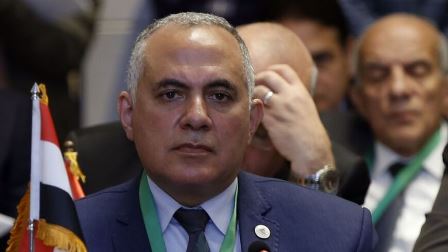