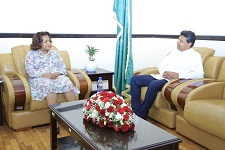 At the onset, Ambassador Birtukan appreciated the Sri Lankan ambassador for his unrelenting efforts in boosting bilateral relations between the two countries.

Citing the growing trade volume between the two countries, Ambassador Birtukan further appreciated Ambassador Sugeeshwara Gunaratna for encouraging companies from his country to invest more in Ethiopia.
The discussion between the two sides also touched upon the opportunities provided by Sri Lankan companies to the Ethiopian economy, some of the observed challenges these companies have been facing, and measures taken in addressing issues in this regard.
Ambassador Sugeeshwara Gunaratna said his stay in Ethiopia was fruitful and thanked responsible bodies for providing all the necessary support he needed.
He further called on pertinent bodies in the two countries to pay due attention to expand trade and investment relationships between the two countries.
Currently, there are a total of 6 Sri Lankan companies in Ethiopia with apparel manufacturing as the major investment area.
The meeting between the two sides ended with State Minister Birtukan wishing the Ambassador all the best in his next assignments.
Sri Lanka established formal diplomatic relations with Ethiopia in 1965.
(Ministry of Foreign Affairs of Ethiopia) 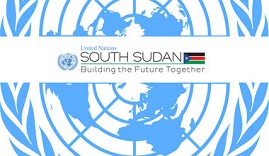 Ethiopia’s new prime minister sworn in this morning: What change can he bring?