The Addis Ababa and Dire Dawa cities Councils and local elections will be conducted along with the general elections, which will be pursued next year. Now the House, on its second extraordinary session after summer recess, passed the resolution unanimously once again.

Members of Parliament pointed out conducting the two cities administrative council election along with general election will ensure free, fair and democratic election. One of the reasons the MPs mentioned for postponing the election in the two cities is that NEBE is going through comprehensive reforms and needs time to manage the election process.

The decision came after the request made by National Election Board of Ethiopia (NEBE) to postpone the election owing to the need to recruit, train and organize election executors or election bodies; more so institutional reform is underway at regional level, according to the state news agency Ethiopian News Agency Report.

Ethiopia, which has been holding general elections every five years, is set to undertake the next one in May 2020. Meanwhile the instability and communal conflicts in some parts of the country has been forcing the country to postpone national census a few months back. Will the general election take place next May? is also the question of many people. 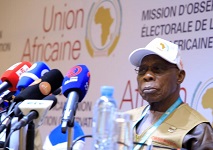