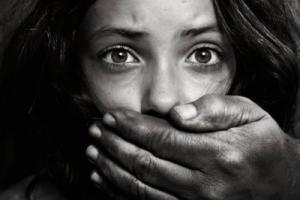 The British Embassy has been working closely with Ethiopian Airlines in tackling cases on human trafficking and has been providing training to the airline on a regular basis at Bole International Airport.

The aim of the training is to make Ethiopia a secure and difficult place for traffickers as well as to tackle the irregular flow of migration to the UK.

The UK is also planning to provide regular capacity building training to increase immigration and airline officials’ skill sets to fight human trafficking. The officers will be trained in ways of identifying people who try to travel with forged visas and travel documents.

We are also working with the Ethiopian government to enforce strict rules to combat human trafficking which will include interception and prosecution of traffickers in Ethiopia.

With these efforts, Ethiopian Immigration and Ethiopian Airlines Officials were able to stop illegal passengers and facilitators travelling thru Bole International Airport. In the last one yeah British Embassy together with Ethiopian Airlines has intercepted over 160 cases of illegal migration.

“I’m pleased to see that our joint efforts are making good progress in the fight against human trafficking. The UK wants to see a secure Ethiopian airport where it is impossible for human traffickers to operate,” said British Ambassador to Ethiopia, Susanna Moorehead.