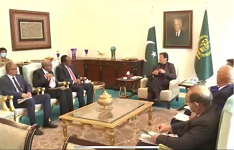 The Government of Ethiopia has expressed its interest to open an embassy in Pakistan to deepen diplomatic relation between the two countries.

“Mentioning the growing relationship, particularly in trade, investment as well as international peace and security, Ambassador Redwan announced his country’s decision to open an embassy in Islamabad,” said the Ministry of Foreign Affairs of Ethiopia in its press statement.

The Ambassador also delivered the Prime Minister’s appreciation of Pakistan’s principled position in support of Ethiopia in the international Fora. Ambassador Redwan noted Ethiopia and Pakistan have laid a sound foundation of friendship and cooperation at both the bilateral and multilateral levels.

Prime Minister Imran Khan, on his part, conveyed cordial greetings for Prime Minister Abiy, warmly reciprocated his sentiments of goodwill and friendship, and thanked him for the invitation.

The Prime Minister underscored that Pakistan highly valued its long-standing ties with Ethiopia and stressed the importance of further increasing trade and investment cooperation between the two countries.

The Prime Minister also welcomed Ethiopia’s decision to open its Embassy in Islamabad while noting that the Governments Engage Africa vision was a manifestation of Pakistan’s growing emphasis on outreach to the African Continent.

Terming climate change as a shared concern of the two countries, the Prime Minister lauded Ethiopia’s Green Legacy Initiative while highlighting the success of the Government 10 billion Tree Tsunami Program.

The Prime Minister also reiterated his invitation to Prime Minister Abiy and said that the people of Pakistan looked forward to welcome him at his earliest convenience. 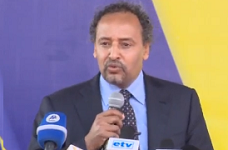