This has come after the two countries decided to end hostility in the past few months and renewed diplomatic relations and allowed movement of people between the two nations.

After the war broke in 1998 between the two neighboring east African countries, the embassies of both countries were closed for about two decades. The war, which was concluded at the end of 2000 following the UN-mediated Algiers Peace deal, has claimed lives of over 70,000 people on both sides. 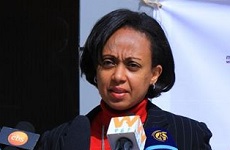 Ethiopia to fit all cars with speed limiter