To avoid suffocation and avoid the spread of coronavirus (COVID-19) in jails the Southern region of Ethiopia decided to pardon and set free over 12,553 prisoners.

This will increase the total number of prisoners Ethiopia released to over 18,000 prisoners after the outbreak of COVID-19 pandemic. The prisoners in Southern Region of Ethiopia who benefited from today’s pardon are those who demonstrated good behavior, according to Mr. Mullusew Zewdu, Attorney General of South Nations and Nationalities Peoples Region, who brieffed journalists in the Regions’s capital Hawassa. He indicated that the decision to release the prisoners is made to reduce the number of causalities in case coronavirus outbreaks in the prisons.

Women with children, older people and those who are suffering from serious illness are also selected to benefit from the pardon, according to Mr. Mullusew. Meanwhile he stated that if the prisoners released are found to be engaged in crimes again, the Office Attorney General has the right to cancel its pardon and bring them back to jail.

It is recalled that the federal government and the Benishangul Gumz Region of Ethiopia have recently announced pardoning and releasing over 5,500 prisoners to avoid vulnerability of the prisoners if the pandemic outbreaks within prisons. Many countries across the world are now considering the release of their prisoners and banned visitors to reduce the number of death by the global pandemic in proisoners.

In Ethiopia so far 44 people are identified coronavirus positive. Yesterday the government has reported the death of the first two COVID -19 patients. Out of the total four have recovered so far. In Africa about 410 people have died by the pandemic, while close to 8,000 are reported to be infected. Algeria leads reporting over 130 death by the virus followed by Egypt which also lost some 66 lives so far. 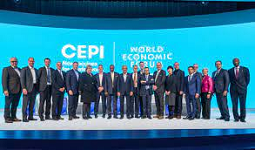