Amnesty International said it has confirmed that at least 75 supporters of the Oromo Liberation Front (OLF) were arrested over the weekend from various places in different parts of Oromia Region of Ethiopia.

Amnesty stated that arrests took place across the state including in Finchawa town in West Guji Zone of Oromia, and Shambu town in Horo-Guduru Wallaga Zone of Oromia. The arrest happened ‘as Ethiopian authorities intensify the crackdown on dissenting political views ahead of the general elections’, according to Amnesty.

“The return of mass arrests of opposition activists and supporters is a worrying signal in Ethiopia. These sweeping arrests risk undermining the rights to freedom of expression and association ahead of the 2020 elections,” said Deprose Muchena, Amnesty International’s Director for East and Southern Africa.

Among those arrested was Chaltu Takele, a prominent political activist. Police broke into her parents’ home in Shambu town, Horo-Guduru Wellaga at 5 AM on 26 January and arrested her. She is detained at the Shambu Police Station, according to Amnesty.

Chaltu Takele spent more than eight years in prison between 2008 and 2016 after being accused of being a member of the Oromo Liberation Front, which the Ethiopian government had listed as a “terrorist organization”.

The Ethiopian Parliament delisted OLF and other political opposition groups from being proscribed terrorist groups in 2018. Chaltu was also arrested and briefly detained in 2017, and again 2019 while she was pregnant.

The weekend arrests are the latest in a long line of mass arrests of opposition activists. The Ethiopian police and military have been rounding up people for “rehabilitation training” since February 2019.

After spending time in various military and police detention centers, most were released between September and November 2019. 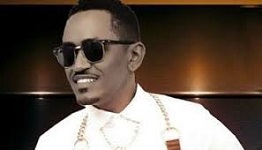