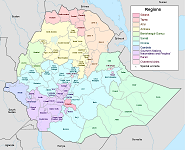 The Government of Ethiopia has issues a statement today explaining in detail the objectives of the ongoing military operation in Tigray Region of Ethiopia and the causes that led to the operation.

On the question of rationale, any law enforcement measure is justified if there is a legal basis for it; if the measures are taken as a last resort or in self-defence. Unprovoked aggression is always wrong and makes defensive measures immediately and absolutely necessary.

On the question of the conduct of the operation, the principles of proportionality and discrimination should apply. Proportionality requires that the force used should be proportionate to the goal of the law enforcement operation and, whenever possible, civilians should be spared from violence. There is thus a sound basis to take the law-enforcement measures against the TPLF clique.

The surprise attack was a premeditated and treasonous act in which the TPLF clique ordered ethnic Tigrayans members of the Northern Command, but whose loyalties lay with the TPLF and its murderous mission, to open fire on their comrades from within, causing unimaginable human suffering, demonstrating extreme cruelty, and showing unprecedented betrayal. The current lawenforcement operations shall continue until those who planned and executed such acts of cruelty and betrayal are held accountable.

(2) Planning, Training, Financing and Executing ethnic and sectarian conflicts in Ethiopia: Over the past several months, the TPLF junta sponsored, trained, and equipped anyone that was willing to engage in violent and illegal acts to derail the democratic transition in Ethiopia.

Their objective is clearly to make the country ungovernable by instigating clashes along ethnic and religious lines; to sow division and discord so that the democratic transition will lose its momentum. The TPLF clique and its criminal surrogates are responsible for the horrendous crimes in several part of the country, including in Western Gondar, the destruction of the town of Shashemene, and the massacres of innocent civilians in the areas of Arsi, Bale, Benishangul, Gura Ferda and most recently in Western Wollega.

By doing so, the Regional administration showed its contempt for laws of the nation, including the Constitution, and pushed a “de facto” statehood thesis.

Not only did they claim to have established a new administration based on an illegal election, the TPLF clique openly declared that they will not comply with laws, directives, and regulations, among others, to be enacted by the federal government after October 05/2020.

TPLF recalled all representatives from Tigray in the Federal House of Peoples’ Representatives and the House of Federation after October 05, on grounds that the Region would not recognize any of the federal state organs. The attack on the Northern Command of the National Defence Force — a significant portion of the army accounting for the bulk of Ethiopia’s most experienced ground combat forces — was aimed at destroying the capability of the army to safeguard the sovereignty and integrity of the country.

The TPLF calculated that by defeating a division with significant firepower, and taking possession of its military equipment, it would shift the balance of power in its favour and remove the federal government by force. No constitutional order can tolerate such level of treason. That is why the Federal Government was compelled to launch, however reluctantly, the current law enforcement operations to defend and protect the constitutional order and uphold the rule of law.

(4) Corruption and violence Human Rights: The TPLF’s three-decade rule is characterized by egregious violation of human rights, corruption and self-enrichment at a grand scale. Public investment projects were awarded to members of the regime and the Metals and Engineering Corporation (METEC), which they operated, leading to considerable wastage.

Because of METEC’s failure to deliver, the federal government incurred over billions of birr in additional reassignment costs for national projects. The functioning of a genuine democracy depends on the rule of law. Enforcing the law is essential in order to secure peace, provide public services, and bring about sustainable development.

Rule of law, especially in a federal arrangement such as ours, requires that both regional states and the federal government respect the constitutional division of powers. It is in accordance with this constitutional provision and its duty to enforce federal laws across the whole county that the Federal government is undertaking a strategic operation to end impunity and criminality.

B. Objectives of the Ongoing Law Enforcement Operations – The Government’s law enforcement operations in Tigray are proceeding as planned. From the outset, the operation had limited, clearly defined and achievable objectives:
(1) disarming the TPLF junta;
(2) restoring legitimate administration to Tigray; and
(3) enforcing law and order in Tigray and bringing fugitives to justice.

The success or otherwise of the ongoing operations will thus be measured in terms of the attainment of these objectives. 1) Disarm the TPLF junta Under Article 52(2)(g) of the 1995 FDRE Constitution, States within the Ethiopian Federation have powers to, inter alia, “establish and administer a state police force, and to maintain public order and peace within the State”. However, since it lost control of the ruling EPRDF in April 2018, the TPLF leadership has been ensconced in Tigray, plotting its way back to power in Addis Ababa through unlawful means.

To this end, the TPLF, the ruling party in Tigray until its legitimate rule ended on 9 September 2020 (when it claimed to have acquired a new mandate to lead the State through unlawful elections conducted contrary to the FDRE constitution), used the ensuing period to build a full-fledged military force larger than the national armies of many, perhaps most, independent sovereign states, complete with mechanized regiments with a capacity that, in the words of the leader of the TPLF junta, was “comparable to or exceeding the firepower of the Federal Government”.

Although the Federal Government repeatedly and consistently declared its commitment to resolve all differences by peaceful means, the TPLF junta pursued a three-pronged strategy to bring itself back to power by unlawful means:

(1) recruiting, training, financing, arming, sponsoring and directly executing acts of violence against innocent Ethiopians throughout the breadth and length of the country;
(2) building irregular forces; and
(3) launching an all-out attack on Federal Defence Forces stationed in Tigray along with attempts at coordinated attacks in all parts of the country.

It follows that the first key objective of the ongoing law-enforcement operations taking place in Tigray is to systematically degrade, dismantle and destroy the fighting capacity of the TPLF and bring the perpetrators to justice.

2) Restore Legitimate Administration to Tigray – Once the illegal army in Tigray is demobilized and the Region is brought within the realm of the Constitution, the next step in the law-enforcement operations will be to establish a legitimate administration in Tigray, capable of enforcing law and order in the Region through a lawful state police force with sufficient capacity “to maintain public order and peace within the State”.

In this context, it must be noted that the Region has been without a legitimate State Government since 9 September 2020 when the TPLF junta claimed to have acquired a new mandate to lead the State through unlawful elections conducted contrary to the FDRE constitution. The alleged regional election had, of course, been declared null and void by the House of Federation.

The House of Federation also suspended the Regional Council and Executive Organ allegedly established following the illegal election and put in their place an interim administration to lead the Region.

From this perspective, the second key objective of the current law-enforcement operations is to root out the last vestiges of the TPLF junta and to create the conditions for the interim administration to take over until the general elections, expected to take place throughout the country mid-2021, are conducted and an elected Regional Assembly constitutes a legitimate Regional Executive for the State of Tigray.

This objective is also currently progressing. In accordance with the decision of the House of Federation for the establishment of a provisional administration that is accountable to the Federal Government within the Regional State of Tigray, pursuant to Article 62(9) of the FDRE Constitution
and Article 14(2)(b) of the “Proclamation Governing Intervention of the Federal Government in the Regions”, the Council of Ministers adopted a regulation “Concerning the Provisional Administration of the Tigray National Regional State.” And on the basis of the decision a Chief Executive of the Tigray Regional State Provisional Administration has been appointed.

3) Enforce Law and Order in Tigray and Bring Fugitives to Justice – From the day a new team took leadership of the EPRDF in April 2018, the TPLF effectively designated Tigray as a safe haven for individuals charged with high crimes, including torture, extra-judicial executions, corruption and money laundering.

Such notorious criminals as Getachew Assefa, head of the brutal National Intelligence and Security Services for nearly two decades, and several others, who are being tried before the Federal Courts in abstentia, still occupy important party and Government positions in Tigray. The TPLF junta effectively took the people of Tigray hostage, forcing the Federal Government to adopt patience as the only viable policy to protect the civilian population.

From this perspective, the third key objective of the ongoing operations is to enforce law and order in Tigray, bring the fugitives to justice and end the status of Tigray as a safe haven for individuals wanted for the most heinous crimes under national and international law 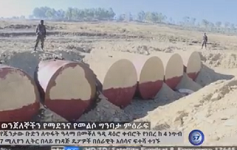