The Tripartite Agreement invokes “the close ties of geography, history, culture & religion, and vital common interests of the peoples” of the three countries and the desire to bolster these ties while respecting “each other’s independence, sovereignty and territorial integrity,” he twitted.

The three Governments have also “established a Joint High-Level Committee to coordinate their efforts in the framework of the Joint Declaration”; which is inspired by and that “reflects the aspirations of their peoples”, according to Mr. Yemane.

The Foreign Ministers of Eritrea, Ethiopia & Somalia are travelling to Djibouti today. The visit is the first initiative of the Joint High-Level Committee established by the three countries at the Tripartite Summit and the Joint Declaration on Comprehensive Cooperation signed thereof, according to Mr. Yemane.

The Ministry of Information of Eritrea stated that the Governments of the three countries in East Africa have reached the following agreement: 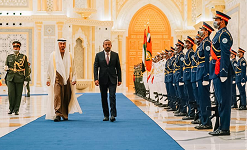