The Government of Ethiopia finally reached agreement with the Government of Egypt to fill water the Great Ethiopian Renaissance Dam (GERD) during the wet season, generally from July to August, and will continue in September subject to certain conditions.

The agreement stated that the initial filling stage of the GERD will provide for the rapid achievement of a level of 595 meters above sea level (m.a.s.l.) and the early generation of electricity, while providing appropriate mitigation measures for Egypt and Sudan in case of severe droughts during this stage.

This is indicated after in the six points agreement reached by Ethiopia, Sudan and Egypt water and foreign Ministers gathered this week in Washington D.C, which was mediated by President Trump of the United States of America.

“The subsequent stages of filling will be done according to a mechanism to be agreed that determines release based upon the hydrological conditions of the Blue Nile and the level of the GERD that addresses the filling goals of Ethiopia and provides electricity generation and appropriate mitigation measures for Egypt and Sudan during prolonged periods of dry years, drought and prolonged drought,” the joint statement indicated.

The agreement also stated that during long term operation, the GERD will operate according to a mechanism that determines release based upon the hydrological conditions of the Blue Nile and the level of the GERD that provides electricity generation and appropriate mitigation measures for Egypt and Sudan during prolonged periods of dry years, drought and prolonged drought.

An effective coordination mechanism and provisions for the settlement of disputes will be established.

The Ministers agree that there is a shared responsibility of the three countries in managing drought and prolonged drought.

When completed GERD is expected to generate 5,000 to 6,000 megawatts of electricity.

“This result is after latest 4 rounds of Water Ministers meeting & 3 rounds of 6 ministers in the presence of US & the World Bank,” twitted Eng. Selshi Bekele (PhD), Ethiopia’s Minster of Water, irrigation and Electricity.

The ministers agreed to meet again in Washington, D.C. on January 28-29 to finalize a comprehensive agreement on the filling and operation of the GERD, and that there will be technical and legal discussions in the interim period, according to the joint statement. 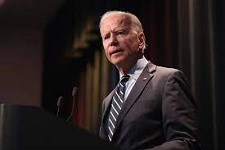