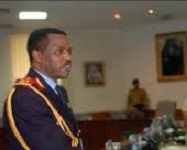 The Government of Ethiopia today calls on three former military generals to jo9n the army, the Office of Prime Minister said.

The three military generals are L/General Bacja Debelle, L/General Yohannes Gebremeskel, and L/General Abebaw Tadesse. The three military generals have served in the military before they left the army a few years ago. The call of the Office came within 24 hours after the federal government of Ethiopia began military confrontation with the Tigray Peoples Liberation Front (TPLF) in the northern part of the country in Tigray Region of Ethiopia. The two sides ended up in military conflict after over two years of accusing each other for violating Ethiopian constitution.

After the ruling coalition (Ethiopian Peoples’ Democratic Revolutionary Front – EPRDF), which had four parties as members, TPLF, Oromo, Amhara and Southern parties, has elected Abiy Ahmed from Oromo party as its new chairman, TPLF has been auctioning as opposition party.

TPLF, which claims to represent about 5 percent of the total population of Ethiopia and has been dominating the ruling coalition, has finally departed from the coalition, which is rebranded as Prosperity Party by Abiy Ahmed bringing aboard five political parties governing the peripheral regions of Ethiopia as ‘affiliates of EPRDF’.

While some of the members of TPLF have decided to join the Prosperity Party led by Abiy Ahmed, the hardliners, mainly those who were part of the arms struggle that brought EPRDF to power in 1991, have refused to compromise with the federal government by accepting the leadership of Abiy Ahmed as prime Minister of Ethiopia. It is as a result of this hostility that the two sides today engaged officially went to war after the TPLF reportedly “attached Ethiopian military base in Tigray to rob artilleries”

The federal government has been accusing TPLF for orchestrating and financing the killings of innocent people in Ethiopia after Prime Minister Abiy came to power, including the massacre of dozens in Oromia region’s Wellega area last Sunday by Oromo Liberation Front (OLF) Shene.