The National Electoral Board of Ethiopia (NEB) said some 50 million Ethiopians are expected to cast their votes during the upcoming general election set to take place in May this year.

Some 300,000 people are also expected to take part in the execution of the polling, according to the today’s report of the state daily Amharic language newspaper, Addis Zemen. NEB has been preparing itself to undertake the general election on schedule. The report, which quoted the communications office of NEB also stated that it is set to organize 50,000 polling stations for the upcoming general election of the country.

Printing of forms that will be used to register voters is being undertaken in Dubai, the United Arab Emirates (UAE) with the financial support from the United Nations Development Program (UNDP), according to Soliyana Shimelis, the communications head of EBE. She noted that the reason for printing the documents is to avoid errors and assure quality of the printing making it up to global standard.

She also stated that the Board has finalized its preparation to recruit / appoint office heads for the executives of election in Amhara, Benishangul Gumz and Harari regions of Ethiopia. 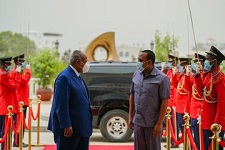 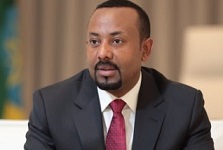