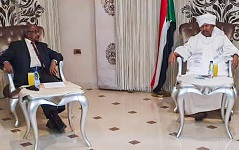 The two sides have discussed bilateral and regional issues stressing the need to collaborate, according to a twit by Eritrean Information Minister Yemane G/ab.

“The two sides stressed the need for the countries of the region to work together to overcome internal and external challenges.”

The new friend of the United States in East Africa

Recent reports show that the two neighbors of Ethiopia have taken opposite sides with regards to Ethiopia. Eritrean Government have supported the Government of Ethiopia’s response to the Tigray Peoples Liberation Front (TPLF) attack on the northern command of Ethiopia’s arm based in Tigray.

While Sudan used the movement of Ethiopian troops from its borders and have invaded areas which were under the control of Prime Minister Abiy Ahmed led Ethiopian Government.

Meanwhile this year in May, the United States has imposed sanctions on Eritrea and Ethiopia in what looks a strategic partnership shift in the region from Ethiopia towards Sudan, but retaining relations with its old ally the TPLF, which is designated as a terrorist group by the Ethiopian parliament.

It is the middle this geopolitical context that President Isaias Afwerki of Eritrea has sent his delegation to the Sudan, the new friend of the United States in East Africa.

Coupled with the ongoing war between TPLF militias and Ethiopian troops and neighboring countries opposing positions as well as Western countries and United States signals of political interreferences, the recent developments in the East Africa has been grabbing global attention, including the UN Security Council, which rejected the US proposal after China and Russia opposed indicating that Tigray issue is internal affair of the independent nation – Ethiopia. 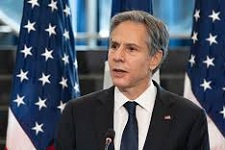