Ethiopian Peoples’ Revolutionary Democratic Front (EPRDF), which has been leading the country for over two decades, reelects Dr. Abiy Ahmed to serve as chairman.

Dr. Abiy Ahmed got 176 votes out of the 177 voters of the central committee members of the four parties in the coalition to continue as chairman. This shows the decision of the Front, which has four member parties to sustain the ongoing reform, according to citizen’s comment on social media.

“…Now the democratization process of Ethiopia will become real with our young visionary leader, & with all Ethiopians. Let’s all of us genuinely, honestly work for our country,” said Belete Seyoum on FB.

The number of votes he got is also considered by many people as the end of disputes among the member parties in the coalition. “Thanks God!! We shall see the change proceeding further,” Getachew Girma Dadi, posted on FB.

The Front has also reelected Demeke Mekonnen of the recently rebranded Amhara Democratic Party (ADP) to continue serving as deputy chairman of the coalition. He got the position securing 149 votes after competing with Debretsion Gebremichael, of the Tigray Liberation Peoples Front (TPLF) who got 15 votes.

Their election will help to sustain the reform they have started some six month ago after the sudden resignation of Prime Minister Hailemariam Desalegn of the Southern Ethiopian People’s Democratic Movement (SEPDM). Hailemariam’s resignation came as result of the anti-government protests and death of many people across the nation.

After three days the EPRDF has concluded its 11th congress today in Hawassa city, some 270 kilometers south of Addis Ababa. The coalition holds its congress every two and half year. Many Ethiopians hope that Prime Minister Abiy Ahmed and his Deputy Prime Minister Demeke Mekonnen will institutionalize the ongoing reform, as they will likely stay on their position at least until the next national election of 2020 and the next congress of the coalition. 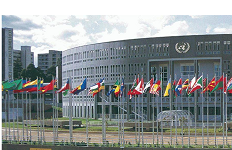