Following the killings of around 70 civilians by in Oromia region of Ethiopia in the past few days, EZema Ethiopia’s major opposition party, EZema says chaos cat stop Ethiopia’s journey to true democratization.

“Any kind of chaos might happen; we in this room could even be killed. But there is no force who can stop us from bringing democratic system in Ethiopia,” said Dr. Birhanu Nega (PhD), the chairman of EZema (Ethiopian Citizens for Social Justice), indicating that his party will be by the side of Prime Minister Abiy regime, which is currently preparing the ground for a peaceful ad fair election.

The party officials urge the government to restore peace and order on Tuesday during the press conference held in the office of the party. Those who have no idea to preset to the public and debate about during the upcoming election, should not be allowed to create chaos, according to Dr. Birhanu.

The intention of those who are fueling conflicts among societies by mobilizing gags who kill innocent citizens ruthlessly is to suggest that PM Abiy government is weak and can’t stop them, according to the EZema leaders.

EZEMA urges the government to help the public establish community policing ad protect its neighborhood from the attacks of gags. The chairman of EZema Birhanu Nega (PhD) indicated that the government has to discharge its responsibility and stop such anarchy for the sake of its existence, the people and the country.

“But if it fails to do so, I don’t think we will be able to hold the election [the May 2020 general election]. I believe it has to do that ad has the capacity to do so [restore peace ad order],” the chairman said.

The ruthless killings of dozes of civilians has come after Oromo ethic group activist Jawar Mohammed posted o facebook claiming that the government is trying to remove his security guards in the middle of the night.

In response to his post thousands of youths some armed with traditional weapons marched on the streets in different parts of Oromia towns killings dozes civilians ruthlessly.

Oromia Police admitted that so far 67 people are killed, while Ethiopia Orthodox church announced that 60 of its followers have been killed and churches were also burned.

Reports show that the attackers have mainly targeted churches and non-Oromo communities even though many Oromos, who support the administration and reforms of Prime Minister Abiy Ahmed, who is also from Oromo ethnic group, were also victims of the attackers.

Some media reports also indicated that mosques were also targeted by the gangs who came out on the streets to show their support to the controversial Oromo activist Jawar Mohamed.

Many of the crises in different parts of Ethiopia, from the capital Addis Ababa, to Burayu town of Oromia and several areas in Sidama zone of Southern region of the country are reportedly associated with his public statements.

In his statement follow the deadly incidents in some parts of Oromia region, the reformist Prime Minister Abiy Ahmed stated that his government will bring to justice those involved in the killings of civilians. 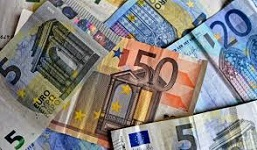