The ruling party in Ethiopia’s Amhara Region, the Amhara National Democratic Movement (ANDM), calls on the federal government for the immediate withdrawal of the Sudanese army deployed Ethiopian territory.

“… It has come to our attention that a decision was made in relation to a place called Dellelo in Metema district without taking into consideration the historical context and disregarding the historical belonging of the area to Ethiopian territory, and without involving the concerned stakeholders. Meanwhile this decision has made ANDM and its leadership to be wrongly perceived by the people for a long time,” ANDM said, in its statement issued on Monday after the conclusion of the central committee meeting.

“Therefore we demand the federal government to immediately correct this decision,” the statement said.

The statement of ANDM came a week after the governments of Sudan and
Ethiopia have agreed to deploy joint military forces across the border between the two countries after signing the deal in the coming October.

ANDM in its statement also stated that for the sake of the security and peace of the two countries, the Sudanese army, which was deployed in Nifas Gebeya area in Quara district, is currently expanding its territories by building permanent camp.

The central committee of ANDM has indicated that it is not appropriate for the Sudanese army to stay in that location permanently.

“The presence of the camp is further complicating the issue of border between the two nations and becoming obstacle for the farmers to do their agriculture work peacefully. Hence, the fact that the Sudanese army has not left that area so far is not appropriate.

“…We demand the force [Sudanese army] to immediately withdraw from that place and we also urge the federal government of Ethiopia to make sure that happens,” ANDM said in its statement.

ANDM is one of the four members of the ruling coalition in Ethiopia, Ethiopian Peoples’ Revolutionary Democratic Front (EPRDF), which has been in power since the fall of the Socialist Derg Regime in May 1991.

Media recently reported the clashes between the farmers of the two countries across the border. That incident was followed a week ago by a social media post which revealed an MOU signed on April 11th 2005 by Ethiopia’s former minister of federal affairs Abay Tsehaye and Sudanese Interior Minister Abdulrahim Mohammed Hussein in relation to the border dispute.

Ethiopia and Sudan have been enjoying good relationship since the coming of EPRDF to power. Sudan was also home to many of Ethiopian opposition groups and rebel fighters, including the late Prime Minister of Ethiopia, Meles Zenawi who directly came from Khartoum to Addis Ababa along with others colleagues after the rebels took control of Addis Ababa in May 1991.

So far, there is no official response from the federal government on the demand of ANDM, which is a close ally of the OPDO, whose chairman is Dr. Abiy Ahmed currently serving as prime Minister of Ethiopia. 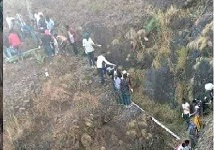 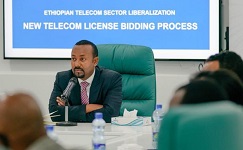