The Ethiopian Electric power (EEP) said it has completed installation of the 433 kilometers of Ethio-Kenya power transmission line.

The Ethiopian-Kenya interconnector high voltage electric highway is a joint project of the two countries which covers 1955 km with a capacity of carrying up to 2,000 megawatts. Some 433 km of the total lies in Ethiopian border. The substation has reached 88 percent and expected to complete up to November 2019, according to the state daily, Ethiopian Herald report.

The construction of the 433 km of the highway that lies in Ethiopia is fully completed and waiting for the completion of construction of a substation, EEP communication director, Moges Mekonnen told the paper. Moges stated that the construction of substation in Welayta – Sodo town has reached 88percent and planned to be finalized by November 2019.

The director reiterated that as the construction of the power transmission line is completed fully, a completion certificate was provide to the contractor and the line waits for the end of converser station for the power test.

Following the completion of the remaining 12 percent of the substation construction, the testing and conversation will be held within five months. Adding that the project is in a good prospect and making the powered highway ready for power transmission will be finalized up to April 2020.

Meanwhile Moges stated that following the completion of the necessary preconditions, the power transmission will start based on the agreement of the two countries. He stated that the government of Ethiopia has spent about 333 million dollars for the construction of the transmission line and the substation.

Moges also noted that this power highway project has the capacity of interconnecting East African countries with electricity as the highway is constructed with the capacity of carrying up to 2,000 MW. He said that there is a possibility to transmit the power Tanzania, Uganda, and other countries in the long run after Ethiopia completes its power generating megaprojects.

The 1055 km long joint project which aimed at achieving regional power interconnection in East Africa was launched in 2013 with the total budget of USD 1.26 billion. 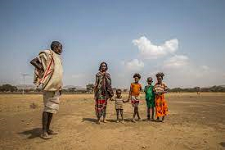