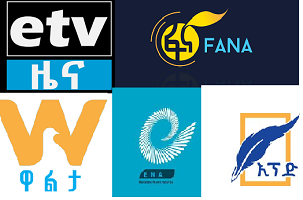 BY ANDUALEM SISAY GESSESSE – WEEKEND READING – Whenever I meet with my colleagues working for public media in Ethiopia, the issue they often raise is absence of freedom to exercise the golden profession they trained to serve the public independently. There is nothing frustrating for a professional journalist to be used as a propaganda machine of their employees.

Of course, in the recent years we have been witnessing the death of professional journalism as every country uses the media as its propaganda machine to advance its own national interest. That is why countries are now heavenly investing on their media.

Such journalism and media trend may be justifiable for countries competing for global influence and scrambling over the natural resources of developing countries mainly Africa, Asia, and Latin America.
In my opinion still the room for professional journalism established with the ultimate purpose of serving the public interest is not fully closed.

Especially for public media outlets in Africa and other developing countries there is nothing more important than to serve their public. They can’t afford ignoring to report the miseries and sufferings of their people be it by those on power or their adversaries.

In fact, the reason that forced me to reflect on this topic is the ignorance of public media of Ethiopia – Ethiopia Broadcasting Corporation, Ethiopian News Agency, Walta Television, Ethiopia Press Agency, and Fana Broadcasting Corporation from reporting on the latest investigations of Ethiopian Human Rights Council, which exposed the brutal killings of 14 civilians by armed government forces (Oromia special force).

The issue is serious and deserves coverage as a news be it for private or public media or international media when we asses it based on newsworthiness criteria (oddly, impact, conflict, human interest, timeliness).

Let me ask you my fellow journalists working in the state media, “if the massacre of 14 civilians investigated by an independent and government established human rights agency is not a news, then what can be considered news?”

The funny thing is that same incident when told a few months ago as a crime committed by the terrorist group -OLF- Shene, was news for all these public media of Ethiopia. How come it is not a news now? Is that because it is committed by the government forces? I think is because of the latter.

The fact that these public media of Ethiopia ignored to report shows how the editorial team has fallen in the hands of the people on power. In fact, we call or consider them media of the ruling party, but not the public.

Making these media outlets really public media needs the boldness of the journalist working in those institutions at least who studied journalism.

As I always mention in our discussions with my colleagues working in those public media, changing this requires readiness of the journalists to fight for their editorial independence.

They have to make themselves free before speaking for freedoms of the people. That should start by liberating their editorial department / team from the members of the ruling party who now decides which news should be covered and which news should be ignored without any clues about newsworthiness.

Otherwise, I suggest you resign with honor leaving those institutions for the ruling party cadres. We know we have colleagues who did that before.

This is about exercising professional journalism independently based on the ethics and principles. It has nothing to do with politics of the ruling party or with what they call – Gimgema or Gigema…Today in this new media age, you can launch your own online publications easily like me, or even help to make more professional the mushrooming one man show private digital media in Ethiopia.

I don’t know about you guys, but I personally would like to congratulate the Commission for their boldness and professionalism so far by telling the truth without fear and favor.
Have a nice weekend!