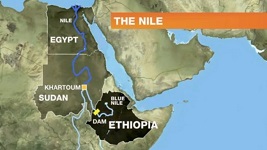 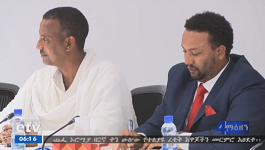 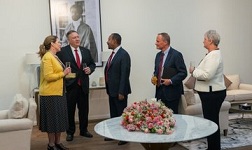 By Andualem Sisay Gessesse – In one of the panels during this week’s World Press Freedom Day event hosted in Addis Ababa, an Ethiopian journalist working for an international media indicated that he can’t travel to two regions in Ethiopia. This is because some gangs are not happy about the issues he covers and labeled him as enemies of certain group people, which they claim to represent.

In another media reform meeting in Addis Ababa I attended a few weeks ago, another blogger who is also a panelist mentioned the same fear and the warnings he received not to cross the Abay bridge to travel to Amhara Region.

And on another television talk show on a private tv station a few days ago, a model and film actor indicated that she can’t travel to Hawassa City, where she was born and still have parents. This is because she is also warned by certain group of people. She said that the safety of her parents is a major concern because some people have created a social media page with her name and are spreading hate speech against a certain ethnic group.

Likewise, yesterday the committee that presented its findings about the status of internally displaced people told the members of the parliament that the people engaged in deliberately causing conflicts among different communities and causing displacements have protection of some regional governments.

What do all these tell about the reform in Ethiopia? In my opinion, when once adds up all these incidents and others, which I can finish listing in this piece like the on the street public murder of an individual in Shashemene several months ago, she or he may wonder if the reform in Ethiopia is a transition from government dictatorship and killings to gangster rule.

The funny thing is that in many cases these incidents are orchestrated and well designed by the people within the reformist regime, the ruling party in general and their secrete associates. Some of these associates in my opinion are wearing the mask of activists and opposition groups who are also running their own media outlets, which are dedicated to serve only one agenda or one ethnic group.

By the way in some of the discussions I have attended at the Word Press Freedom Day events in Addis this week, the spread of hate speech against other groups of people by the growing number of one ethnic group centered or one region focused media outlets was mentioned as a major threat not only the freedom of expression but also the nation – Ethiopia in general.

How?
Experiences such as the 1994 Rwanda genocide fueled by one radio station, and the continuous ethnic related killings and displacement of over 2.5 million people in Ethiopia, who are currently in temporary shelters, show how easily such media outlets can turn human beings into savage wild animals.

How it all work is simple. whenever such media outlets propagate hate against the other region, they are indirectly telling their people to develop hate against their immediate neighbors from other ethnic group with whom they are married to and have been drinking bunna (coffee) every day.

Then those paid and ready launch mass displacements can instigate a simple fight between two individuals from different ethnic groups. Then they know how they can turn this simple clash into ethnic clash like we have seen in Benishangul Gumz and Amhara regions recently.

Talking of press freedom, now that the government is no longer a threat at least for now. The immediate threat to professional journalism in Ethiopia in my opinion is we the journalists. If we don’t manage our ego and become free from our personal biases such as, ethnic, religious and political biases, we are not going to bring any positive change in the lives of the people of Ethiopia.

We will be rather used as weapon of the ruling party owned media and one ethnic group centered media outlets for their one-sided propaganda, which is obvious devastating to the nation. We have to always remember that we have the responsibility to bring all sides of the story including conflicting views within the society, so that the people can make informed decisions in their daily lives.

Let’s not forget to be cautious in our daily duties. These media houses can be our employers, but we are not there to serve our employers. Journalism is about serving the public not one group, including the owners of the media.

Otherwise, I am going to train online 10,000 journalism passionate individual from across the country and inject into the industry turning them into ethical and professional journalists. That means you are going to lose your jobs. or sustain my legacy…Don’t worry, I am just kidding; I am only training a few thousands. Hahaha..

This is just an advice to my fellow Ethiopian journalists. Now let me get back to my focus and conclude my Saturday opinion.

What am I advising to the genuine reformers?
I am saying once again the genuine reformists to separate themselves from those who are working in organized manner to hijack the reform and tun the nation into divided gangsters’ rule.

I also suggest to set clear guidelines for regional media outlets, which are supposed to provide relevant information to their poor people on how they can change their lives and build on their culture and language, instead of disseminating hate speech and propaganda about the other region or the people from another ethnic group.

It is simple, as someone said recently, a religious preacher who is not well prepared on the subject, spends his time talking bad things about the other religions.

These media outlets should be told by the federal government not to talk evils things about the other regions. Let them focus on their own economic, social and political affairs without portraying other region or people from other regions as enemies. Good luck to the genuine reformists! 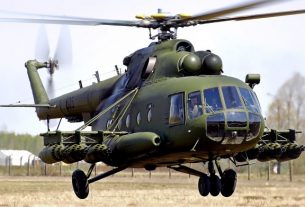 Treatment-resistant malaria: Are we winning the battle?

Dystopia – Why can’t our MPs look one another in the face?

by NBE February 4, 2020February 6, 2020Comments Off on Ethiopia begins selling its gas produce in local market

The Government of Ethiopia has began selling its gas produce in the local market. During the first six months of Ethiopia’s current fiscal calendar which started July 8, 2019, the country has used about 1,650 barrels of crude oil produced locally.

by NBE February 17, 2020February 20, 2020Comments Off on Airbus awards A350 fleets maintenance service to Ethiopian

Airbus, one of the largest aircraft manufacturer in the world, has given maintenance service of its latest jet Airbus A350 XWB to Ethiopian Airlines Group.