By Col. Jamal Ahmed – Since Ethiopia launched the construction of Ethiopia’s Grand Renaissance Dam (GERD) about seven years ago, the government of Egypt has been raising concerns. The governments of the two countries mostly including the Sudan have been engaged in diplomatic discussions to ease the political tension between Ethiopia and Egypt, which considers any construction under the River Nile as a threat to its national security.So far the attempt of Ethiopian government and at times along with the Sudan to convince Egypt has been going at the sidelines of the construction of GERD, which has now reached over 60%.

But what guarantee can the Ethiopian government give to its people about the safety of this dam if at some point Egypt decides to attack the dam using one of the latest long range missiles, such as the one recently introduced by North Korea?

We have been told by the government that our military is protecting the construction of the dam day and night. But my question is that will our military equipped with only the weapons we have seen during the Ethio-Eritrea war that took place from 1998-2000 be able to protect GERD from air attack? I doubt.

In my view, the government alongside with the diplomatic effort to convince Egypt should consider having one of the latest and sophisticated anti-missiles technologies.

Conducting a brief research about it I found a couple of Russian-made technologies such as, BUK-M2E, TOR-M2E and Pansir-S1.

But most of all, I found more interesting the Pantsir-S1 which is being used by President Al Assad of Syria.

Media reports show that this self-propelled anti-aircraft gun/missile (SPAAGM) has made futile thousands of attacks in Syria since the beginning of the war in Syria. In fact some say had it not been because of such sophisticated weapons Russia has provided to Syria, President Al Assad would have gave up his power long ago.

In fact the Russian Defense Minister reportedly listed the Pantsir-S1 system among the systems that provided complete superiority of the Russian Aerospace Force in the Syrian airspace.

Applauding for the Pantsir-S1, ‘The National Interest’, an American bimonthly magazine, recently published an article entitled, “Russia just might have the perfect weapon to crush ‘swarm’ attacks”.

The article states that Pantsirs in Syria have attracted less attention than long-range weapons like the S-400. “…However, this system is serving as a final line of defense of multi-layer integrated air defense system, as well as a counter to low-flying planes and helicopters, drones and missiles.

The writer stated that Pantsir has proved to be effective against anti- Al Assad drones in Syria. “Neither the United States nor other countries will have any such short-range air defense system in service in the short term,” the writer concludes.

In deed Ethiopia needs one of these sophisticated weapons to avoid any unexpected attack against the GERD or protect its air space from similar attacks coming from, Egypt, Eritrea or other aggression power.

As retired military personnel below are some features of the Pantsir-S1 that caught my attention:

If our military officials haven’t yet got this fascinating weapon, I can’t help it but suggest to the government to look into read my article and checkout the Pantsir-S1 self-propelled anti-aircraft gun/missile.

It doesn’t matter whether Egypt or anyone tries to attack the GERD or not; we badly need this thing just because of the fact that Ethiopia is located in the troublesome horn of Africa. By the way last week Egypt’s Foreign Minister issued a warning over GERD saying “all parties should know that Egypt will not accept the status quo … and continues to defend the interests of its people regarding the Nile by several means.” This shows that how seriously Egypt is concerned.

By the way for those of you who don’t understand Amharic language, ‘Pantsir’ literally means “within pant (within underwear)”. Very funny, huh… I guess the Russians must have got an Ethiopian adviser when naming it.

Wishing you the best till I meet you with yet another military weapon’s review and my perspective. 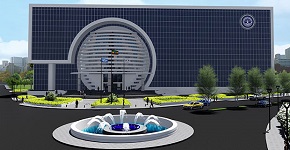 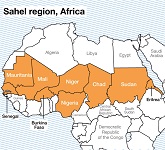 Weaving demography, peace and security nexus in the Sahel