The twenty-first century has been marked by the proliferation of information and communication technologies that make information exchange an easy feat. During this time, individuals have risen to play significantly pronounced roles in collecting, analyzing and disseminating information. As these activities make up the work of journalists, the new era has given individuals more chance to perform journalistic duties.

Considering the new found capacity of individuals to report on events quickly or to live stream them, one would think that the capacity of governments to censor contents would be hampered. It might also seem that the sudden surge in the number of people who could intentionally or unintentionally carryout journalistic activities would ease the persecution of journalists as their burdens are these days shared by millions of citizens equipped with cameras and sound recorders on a daily basis.

The 2017 World Press Freedom Index compiled by Reporters Without Borders (RSF), however, reflects a world in which “attacks on the media have become commonplace and strongmen are on the rise. We have reached the age of post-truth, propaganda, and suppression of freedoms – especially in democracies.” The Press Freedom Index states that media freedom is at a tipping point to fall, especially in leading democratic countries. It states that democracies began falling in the Index in preceding years and now, more than ever, nothing seems to be checking that fall.

The index associates the continuing decline of many countries previously regarded as virtuous with the obsessive surveillance and violations of the right to the confidentiality of sources. This includes the United States (down 2 places at 43rd), the United Kingdom (down 2 at 40th), Chile (down 2 at 33rd), and New Zealand (down 8 at 13th). The index covered the state of press freedom in 180 countries.

This measure of the overall level of media freedom constraints and violations worldwide has risen 14% in the span of five years. In the past year, nearly two thirds (62.2%) of the countries measured have registered a deterioration in their situation, while the number of countries where the media freedom situation was “good” or “fairly good” fell by 2.3%.

The one thing that these figures show us is that governments are putting even more of their weight behind or rather on top of the people working to ensure their accountability. So, it seems like the assumed ‘modernization’ of man is no guarantee for press freedom. The attack on press freedom mainly targets journalists as they are detained, held hostage and killed all around the world.

Syria and Mexico are designated as the deadliest countries for journalists with twelve deaths recorded in the former while eleven were reported in Mexico. Syria has been the world’s deadliest country for the past six years. The war in Syria has taken its toll not only on the people of Syria but on journalists as well. In the case of Mexico, it is the drug cartels that kill journalists. Afghanistan and Iraq follow with nine and eight journalists killed respectively. The report also states that the Philippines has become the deadliest Asian country for journalists under Rodrigo Duterte, as five were targeted by gunmen with four succumbing to their injuries.

As supported by the figures, war makes the deadliest condition for journalists. Unfortunately for journalists and the poor people of the world though, war is a lucrative business for the richest countries of the world. From the failed states of Afghanistan and Iraq to the protracted civil/proxy war in Syria, war has killed millions to ensure the profitability of the arms industry in America and Europe.

Despite their self proclaimed roles as the guardians of press freedom, freedom of expression and democracy, countries like the U.S., the U.K. and Israel roam the world flooding countries with their weapons, surveillance products and eavesdropping technology. Therefore, their rank is not a reflection of the reality as they help various groups suppress freedom of the press in all four corners of the world. A simple look at the weapons used by government forces and the drug cartels to execute the 65 journalists would clearly show the undeniable role of these countries in sabotaging freedom of the press.

These findings are clear message to Westerners that they do not have the moral pedigree to instruct others to respect press freedom and preach about it in vain as they are the ones who violate it all around the world. These countries don’t have to be ranked on the basis of just what goes on within their boundaries as they have long arms that tinker with the fate of the whole world. Their current ranks are, therefore, a clear indifference to the plight of journalists around the world.

Another thing about the findings is that they do not rank Sub-Saharan African countries as the most threatening for journalists. Even the long term worst place for journalists, Eritrea, has been taken out of its seat by North Korea. Despite the good news that Sub-Saharan African countries do not feature among the deadliest countries for journalists, freedom of the press is still far from having a bask in the sun in the region. Therefore, there need to be tangible steps taken to alleviate the problem and ensure that the resources of the region are used to take its poor people out of poverty. 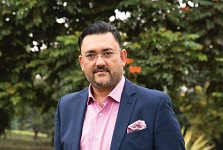