The decision followed a continuous resistance of the local community who claimed to be impacting negatively the lives of the people in the area. The communities have been saying that the chemicals used by the company to produce gold such as mercury have been making new born babies to be born with different kinds of deformities.

During the past few days demonstrations around five people have been killed while many injured, according to media reports. The Ministry is forced to revoke the license in order to thoroughly investigate the reported negative impacts of the investment on the people living in the area. It is said that independent investigation team involving different stakeholders will start investigation.

The recent protest has followed the reports of the renewal of the investment license of MIDROC Gold over the past few weeks for the coming ten years. The company has been mining gold in the area for over a decade, which is reportedly said has brought little impact in changing the lives of the people in the area for good.

The recent investigative report by the BBC Amharic revealed that some of the chemicals the gold mining company has been using are leading to the birth of children with deformities.

The Legadembi Gold Mine is an open pit operation with annual production of 1.6 million tones of ore. An underground mine is currently being developed beneath the open pit to extract deeper level ore – the commencement of full-scale underground mine operations is planned for 2007/08.

Owned by Ethiopian born Saudi billionaire Sheik Mohammed Hussein Al Amoudi, who is now in now arrested by the Saudi Arabia Prince for alleged corruption, MIDROC Gold is one of the dozens of companies of (Mohammed International Development Research and Organization Companies – MIDROC) in Ethiopia.

Gold is recovered in a Carbon in Pulp (CIP) technology process plant. Yearly average production is about 4500kg of gold-silver doré (fine gold production is in the order of 3,500kg), according to the information from MIDROC Gold.

“The average fitness is 78% for gold and 21% for silver; the remaining 1% accounts for other elements of no commercial interest. The gold doré bars are shipped to Argor Heraus refinery in Switzerland; the gold is then refined and sold to Commerzbank in Zurich Switzerland,” it said. 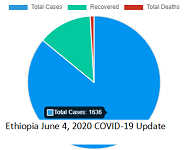 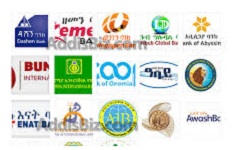