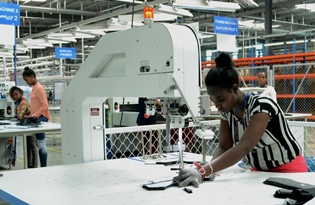 The government of Ethiopia and global fashion brands have failed Ethiopians working in the textiles factories ignoring the lowest wage in the world the employees are getting, a new study said.

“Rather than the compliant, cheap workforce promoted in Ethiopia, the foreign-based suppliers have encountered employees who are unhappy with their compensation and living conditions and increasingly willing to protest by stopping work or even quitting.”

Barrett and the Center’s Research Director, Dr. Dorothée Baumann-Pauly, visited several factories at the flagship Hawassa Industrial Park, located 140 miles south of the Ethiopian capital of Addis Ababa. They spoke with employees producing garments for Western brands including Gap, Guess, Levi’s, and PVH, among others.

The researchers also spoke with managers, most of whom come from South or East Asia, an arrangement that has created cross-cultural tension on factory floors. The park, one of five the government has inaugurated since 2014, currently has some 25,000 employees and is supposed to grow to 60,000. Ethiopia has ambitions for a multibillion-dollar industry, but if wages remain below what is needed to afford housing and food, sustained growth will be difficult, if not impossible, to achieve.

The report’s key findings include:
• Entry-level workers in Ethiopian garment manufacturing — most of whom are young women — are typically paid a base salary worth only $26 a month, leaving them struggling to get by and unable to save or send money home. Ethiopia has no legally mandated minimum wage for the private sector. In their eagerness to create a “Made in Ethiopia” brand, the government, global brands, and foreign manufacturers failed to anticipate that the base wage was simply too little for workers to live on.

• Given relatively little training (sometimes as short as two weeks), frustration over worker pay, combined with homesickness and other unfavorable aspects of factory life, has led to a sense of alienation and lack of commitment to working productively. Workers, many of whom come from small rural villages, don’t receive sufficient training in the culture of factory life. They often don’t understand why they would be disciplined for lateness, absenteeism, or chatting with workstation neighbors at the expense of completing their sewing tasks.

• Cultural differences exacerbate already frustrating working conditions. Many foreign managers from South and East Asia shout at workers to get their attention, which is normal for factory culture in their countries of origin. But Ethiopians consider shouting offensive. This and other examples of cultural friction contribute to worker dissatisfaction and attrition.

• Unions have played no role in organizing workers or advocating for better pay or conditions at Hawassa. Ethiopian law, in theory, guarantees freedom of association, but the country has a weak trade union movement, which hasn’t attempted to organize employees at the industrial park. In place of traditional union representation, “workers’ councils” are supposed to promote factory employees’ interests at Hawassa. But the Center’s interviews revealed that fully functional worker councils operate in only a handful of the 21 manufacturing sites.

• During its first year of operation, overall attrition at the park hovered around 100 percent. This means that, on average, factories were replacing all of their workers every 12 months, driving training costs up and pushing down efficiency rates. Viewed through this lens, it actually costs more to make a basic t-shirt in Hawassa than in a Bangladeshi supplier, one expert told the Center. Ethiopian labor has turned out to be considerably more costly than the government had initially advertised.

“Brands can mitigate these challenges for suppliers and their employees by aligning business practices with realities in Ethiopia,” said Dr. Dorothée Baumann-Pauly, Research Director for the NYU Stern Center for Business and Human Rights. “Long-term sourcing commitments, investment in on-boarding and on-the job training, and the provision of non-financial benefits like meals, transportation, and housing subsidies can help to increase the currently low efficiency levels and eventually lead to higher wages.”

To address the issues identified above, the Center recommends that the Ethiopian government and Western brands take a number of steps, including the following:

Recommendations for the Ethiopian government:
1. Establish a minimum wage that ensures decent living conditions for garment workers. The government is considering such a move, which must be done gradually so as not to drive away foreign manufacturers.

3. Craft and implement a long-term economic plan for strengthening the apparel industry, including developing a domestic supply chain, shoring up industrial parks, and diversifying into other sectors.

The study also suggested the following recommendations for foreign manufacturers and Western brands:
1. Provide more extensive training on both hard and soft skills. Evidence of the need for more training comes in the form of low efficiency numbers and high attrition rates.

2. Promote more Ethiopians more quickly into middle-management jobs. Doing so would alleviate the tension between managers from East and South Asia and their Ethiopian charges.

3. Build worker dormitories that offer subsidized rent. The lack of decent housing is the most pressing form of worker deprivation in Hawassa.

Reports show that since the opening of the first industrial park of the country, Hawassa Insdustrial Park, the employees have been compaining the low wage, which is not enough to live on. 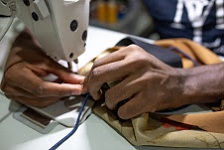 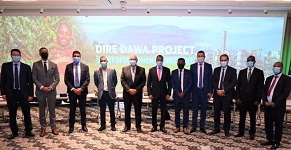