The Korea auto brad Hyundai has opened a assembly plant in Ethiopia. The Assembly is opened by the agent of Hyundai in Ethiopia, Marathon Motors, which is owned by Ethiopian Olympic medalist, Athlete Haile Gebresillassie.

Built in Addis Ababa Nifas Silk lafto sub city Tulu Dimtu area, the assembly is built with a total cost of around half a billion birr (close to $18 million). The assembly plant has the capacity to assemble up to 10,000 cars a year.

It will be assembly eight different models of Hyundai automobiles. The company also plans to assemble electric cars, according to Haile. It is also planed to at least produce 30% of the parts of the automobiles locally. The owner also stated that after five years, the assembly plant will use 100% inputs from domestic market.

The South Korean giant auto manufacturer has been manufacturing over 14.8 million cars every year.

Currently there are several car assemblies in Ethiopia including the Chinese Lifan, Peugeot of France and the German Volkswagen, which is o the pipeline. 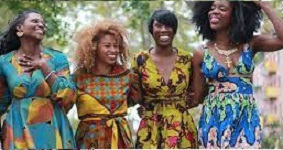