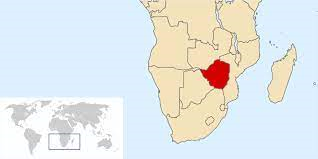 A group of civil societies involving 26 non-government organizations, has criticized Chinese investments in Zimbabwe urging China to place ordinary citizens at the center of its development in Africa.

“We are proud Zimbabweans, masters of our own destiny. We neither pander to the West nor to the East. We place it on China that how would they react if an African start blasting the Great wall, without a license, and uses Sino-Afro ties as defense? If China respects and loves Africa as it purports, then the primary sign is to place ordinary citizens at the center of development,” the Group said today in its statement.

“The Chinese Ambassador should find time to tour the Chinese operations to observe the working conditions of the employees. The Chinese investors in Zimbabwe should be accountable to local communities and open to public scrutiny, starting with their contracts, their taxes and beneficial ownership,” it said.

Reports show that China has significant investments in critical sectors of the Zimbabwean economy such as mining, agriculture, finance, infrastructure and tourism. Some Zimbabwean commentators go to the extent of stating that in the absence of Chinese investments, Zimbabwe’s economy could possibly have collapsed, especially after the imposition of sanctions by western countries in the beginning of 2000, due to charges of human rights violations and the failure to respect property rights during the Fast-Track Land Reform Program.

Below is the full statement of the civil societies’group in Zimbabwe:

“We, the Zimbabwe Civil Society groups, united in our common objective of defending our communities and national heritage against investment projects that disempower and impoverish our people, seek to register our deep concern with the behaviour of Chinese business operations in Zimbabwe.

Our joint statement is not meant to defame China or trigger xenophobic resentment towards Chinese nationals in Zimbabwe. On the contrary, we seek fair and mutually beneficial relations between the two countries. We have however noted with deep concern the threats of displacements and mining projects in ecologically sensitive places around the country without any due regard for the concerns of the local people.

Zimbabwe is a country endowed with vast natural resources in the minerals, flora and fauna categories. These resources have the potential to reduce poverty, improve human security and help achieve President Mnangagwa’s target of an upper-middle-income economy by 2030 if managed properly.

Sadly, the abundance of natural resources has become the major cause for poverty, inequality, human rights abuses, environmental crimes and transnational organized crime that are prejudicing the country of billions of dollars annually and this has been going on for decades.

Regarding the growing resentment towards Chinese investments in Zimbabwe, it is important to highlight that for the past 15 or so years, China has been the dominant player in Zimbabwe’s minerals sector, which saw Chinese small scale and large-scale miners getting deep into rural communities to start mining operations.

Some of these mining operations have left deep scars in the affected communities. For instance, in Marange, Anjin operated between 2011 and 2016 and was accused by the then Finance Minister of not paying anything to treasury despite the company boasting of being the largest diamond mine in the world by volume of production.

The company made several promises to the families it displaced to Arda Transau and all the promises were broken. Many former workers were arbitrarily dismissed and are still owed to this day.

The Marange community recently (Nov. 2021) held a protest against Anjin resulting in 29 of them, including the Headman being arrested. In Mutare, there was a recent outcry after a Chinese company,

The local traditional leadership was not consulted either. Dangamvura Mountain is an ecologically sensitive site that is situated in Mutare’s green zone and very close to educational institutions and residential areas.

There are many cases across the country where the Chinese investors have been in a standoff with local communities. The cases include the desecration of shrines and graves in Mudzi black granite mines and Dinde coal explorations in Hwange.

Local communities have come to realise (without any external influence) the losses they are incurring at the hands of the Chinese companies operating in their localities. It is important to note that Zimbabweans are so learned to be able to distinguish exploitative, destructive development from progressive development without having to be influenced by anyone.

The primary objective of attracting investors to Zimbabwe is to ensure the Zimbabwean people benefit from their natural resource endowment. True investors leave communities in a better state than they found them in. They build infrastructure which the community will continue to use even long after the investors have left.

We appreciate the positive developments done by other mining companies in Zimbabwe whose investments have been behind the establishment of towns like Bindura, Hwange, Shurugwi and Zvishavane.

There are companies like Zimplats which have massively invested in educational, health and road infrastructure for the host communities. They have built standard residential areas which offer comfortable housing for their staff and families. We are yet to see such investments coming from the investors from China, leaving us to question who exactly is benefiting from the Chinese investments.

We expect the Zimbabwe government and the media to engage China from the vantage point of advancing Zimbabwe’s national interest and promoting and protecting the dignity of the Zimbabwean people against corporate injustice and human rights abuses.

We call on the Government of Zimbabwe to openly engage affected communities through public hearings to understand the sentiments of the citizens regarding human rights, environmental and social impacts of Chinese investments in those communities. It is essential to listen to the real people in the affected communities.

The Chinese Ambassador should find time to tour the Chinese operations to observe the working conditions of the employees. The Chinese investors in Zimbabwe should be accountable to local communities and open to public scrutiny, starting with their contracts, their taxes and beneficial ownership.

Law enforcement, EMA, rural district councils and Chiefs should conduct their mandate of protecting natural resources and local people without intimidation or fear of victimization by those siding with the investors.

We are proud Zimbabweans, masters of our own destiny. We neither pander to the West nor to the East. We place it on China that how would they react if an African start blasting the Great wall, without a license, and uses Sino-Afro ties as defense?

If China respects and loves Africa as it purports, then the primary sign is to place ordinary citizens at the center of development.

ORGANIZATIONS THAT ENDORSE THE STATEMENT

In Zimbabwe as of 2020, foreign investors are free to invest in most sectors including mining without any restrictions following the amendment to the Indigenization and Economic Empowerment Act which required majority ownership by indigenous Zimbabweans, as the government aims to bring in new technologies, generate employment, and value-added manufacturing.

In certain sectors, such as primary agriculture, transport services, and retail and wholesale trade including distribution, foreign investors may not own more than 35 percent equity.

– The relations between Zimbabwe and China can be traced back to January 1979 during the war of liberation.

– It started on the war front with ZANU led by Robert Mugabe quoting Beijing for arms after failing to get support from Soviet which was backing ZAPU led by Joshua Nkomo.

– Formal diplomatic relations were established on the 18th of April 1980.

– The disagreement between Zimbabwe and the EU in 2003 led to capital flight and economic depression and this resulted in Zimbabwe being isolated from EU in form of targeted sanctions.

– To expand bilateral & trade relations & offer priority to investors from the Asian continent. However China dominates the block. Zimbabwe and China have strong economic ties.

– In 2008 The late Vice President of Zimbabwe Joseph Msika praised the Chinese government for its continued support in the face of economic sanctions imposed by Western nationS.

– From 2000 to 2012, approximately 128 Chinese official development finance projects were identified in Zimbabwe. 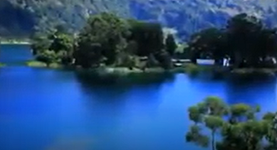