The recovery is being led by the coming on stream of two new gold mines and a sharp projected rebound in agricultural output in late 2016-early 2017, after three disappointing years.

The January terrorist attacks and delays in approving the budget weighed on activity in the early part of 2016, but activity has rebounded and real GDP growth is now projected at 5.4 percent, improving from 4.0 percent in 2015, IMF said.

Inflation continued to decline and is expected to remain subdued at 0.6 percent at end-year. Private sector credit growth remained weak in 2015 at 7.0 percent, and is only expected to gradually recover to 9.4 percent in 2016.

The government approved an ambitious five-year national economic and social development plan (PNDES) in July. The plan aims at transforming the economy to achieve strong, sustainable and resilient growth that will create jobs and raise living standards.

The recovery is expected to consolidate in 2017 with growth being projected to rise to 6.1 percent as domestic and external conditions remain supportive. In particular, a scaled up public infrastructure investment program, a supportive monetary stance, higher agricultural output and continued low international prices for energy imports should assist the recovery.

Implementation of the authorities’ PNDES will lead to an increase in public investment, notably aimed at closing energy and transport infrastructure gaps. In that context, the fiscal deficit is set to widen to 3.6 percent of GDP.

Program performance remains strong and the authorities have advanced important reforms to create the conditions for sustained medium-term economic performance and poverty reduction. Reforms include, most notably, actions to improve tax administration, broaden the tax base, and improve the management and financial health of the publicly-owned energy utilities.

In addition, the authorities have embarked upon a comprehensive five-year development agenda to tackle growth bottlenecks and support job-rich, poverty-reducing, sustainable growth, which focuses on increasing physical and human capital, improving the business environment, expanding financial access, and lower the cost of energy.

IMF executive board of directors who assed Burkina Faso’s economy last week emphasized the importance of careful prioritization and sequencing of public investment projects, as well as effective implementation of measures to improve absorptive capacity. In particular, they cautioned against a too rapid increase in public investment that would negatively impact its efficiency and debt sustainability. 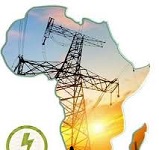