With the aim of tackling the growing number of poor in urban areas, Ethiopian government in collaboration with the World Bank today launch a 450 million urban safety net program.

The five years program signed between the two sides this morning aims to reach 604,000 urban poor in the coming five years. The beneficiaries represent the poorest 12 percent and about 55% of people living below the poverty line in the eleven cities selected for the program.

The program is part of Ethiopia’s government urban food security and job creation strategy, which aims to support over 4.7 million urban poor living in 972 cities and towns in the coming ten years. Under the program continuous income support will be provided to elderly and disabled living in households with no-working age members, street children, the homeless and beggars. While for those who are able to work life skills training support and guidance on employment pathway, among others will also be provided, according to the project document.

“Looking at the difference made by the rural safety nets on the lives of the vulnerable population, the government of Ethiopia decided to initiate a similar program to support the poorest segments of the
urban population,” Abdulaziz Mohamed, Minister of Finance and Economic Cooperation of Ethiopia,said after signing $300 million agreement loan agreement with the World Bank.

“The program will contribute to the realization of Ethiopia’s Growth and Transformation Plan II ensuring that the urban poor and vulnerable receive a predictable safety net and the support they require to experience faster income growth,” she said.

Reports show that Ethiopia’s productive safety net program in the rural areas rural which has been implemented since 2005 has reduced poverty by 2%. The urban safety net program the country is planning to start implementing as of April 2016 in elven major cities including Addis Ababa, also aims to replicate the success achieved in the rural areas.

Given the large size of Addis Ababa and the relatively high poverty rates it records, about three quarters of the beneficiaries will be from Addis Ababa, according to the project document. The remaining
cities covered in the program are Adama, Assayita, Asosa, Dessie, Dire Dawa, Gambella, Hawassa, Harari, Jijiga and Mekele.

Currently urban poverty in Ethiopia is around 30%, which is slightly higher than around 29% national level figure. 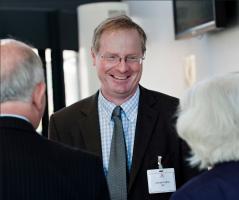 Burger is now favorite for all people