Agencies from Bahrain, India, Lesotho and South Africa have won top honours at the United Nations Investment Promotion Awards for excellence in boosting investment into sectors that will have social and economic benefits and help countries meet the Sustainable Development Goals (SDGs).

A further three investment promotion agencies (IPAs) were honoured with special recognitions at the awards.

The awards, organized by UNCTAD, honour IPAs and their governments for their achievements, but also showcase best practices in attracting investment into SDG-related projects that can inspire investment promotion practitioners in developing and developed countries.

“IPAs have a critical role to play in mobilizing investment to achieve the SDGs,” UNCTAD’s director of investment and enterprise James Zhan said. “The award-winning agencies show that, by mainstreaming the SDGs, IPAs can make a valuable contribution to social and economic development.”

The awards were presented at a high-profile ceremony in the Assembly Hall of the Palais des Nations, Geneva, Switzerland, immediately after the grand opening of the World Investment Forum:

What the judges said: EDB Bahrain was awarded for its role in attracting a large-scale regional data center, which will provide cloud computing services in Bahrain and neighbouring countries. The investor plans to employ 10,000 data-solution architects and will support the advancement of technology education in Bahrain and other countries in the Middle East. The award was presented by Mokgweetsi E.K. Masisi, President of the Republic of Botswana

What the judges said: Invest India received the award for excellence in servicing and supporting a major global wind turbines company in the establishment of a blade manufacturing plant in India while committing to train local staff and produce 1 gigawatt of renewable energy. Implementation of the project is expected to reduce India’s wind energy cost significantly. The award was presented by Armen Sarkissian, President of the Republic of Armenia.

What the judges said: The LNDC received the award for a large horticulture investment project that will create 15,000 direct and indirect jobs. The LNDC is revered for its proactive role in securing the project and facilitating a partnership approach with joint financing by local and international private investors, LNDC and an international development institution. The award was presented by Khaltmaagiin Battulga, President of Mongolia

What the judges said: InvestSA was awarded for its instrumental role in facilitating two pioneering waste-to-nutrient recycling projects to up-cycle organic waste into natural, sustainable high-protein animal feed. Each project will offer much-needed jobs in local communities and is expected to save an annual 80,000 metric tons of carbon dioxide emissions by diverting organic waste from landfill. The award was presented by María Fernanda Espinosa Garcés, president of the 73rd session of the United Nations General Assembly.

Apex-Brasil, Brazil, received a Special Recognition for Fostering Partnership for its efforts in initiating and facilitating strategic, financial and technology partnerships between foreign-invested auto parts companies and local suppliers. The award was presented by UNCTAD Secretary-General Mukhisa Kituyi.

Invest Pacific, Colombia, received a Special Recognition for Promoting Investment for targeting and attracting a seed nursery project by a Peruvian company in a region affected by armed conflict. The project consolidated peace, kick-started sustainable economic development in the region and generated 120 direct jobs – 70% of which have been filled by women. The award was presented by Astrid, Princess of Belgium.

Tatarstan Investment Development Agency (TIDA) from the Russian Federation received a Special Recognition for Promoting Investment for its role in targeting and securing American investment in an advanced radiotherapy medical centre through a public-private partnership. The centre makes the latest oncological treatments locally available to thousands of people who otherwise had to travel long distances for treatment. The award was presented by Hage Geingob, President of the Republic of Namibia.

To catalyse efforts to promote investment in the SDGs, UNCTAD’s World Investment Forum features several events explicitly designed for IPAs, including an IPA capacity-building workshop, an investment promotion conference focused on partnerships and investment in cities, dialogues between ministers and business executives, and SDG-related investments by sovereign wealth and pension funds.

The IPA Awards have been given annually since 2002 as part of UNCTAD’s investment promotion and facilitation programme. Winners in 2017 were COFIDES of Spain, the Ethiopian Investment Commission and the Board of Investment of Mauritius. 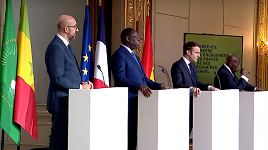 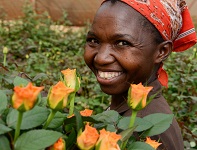