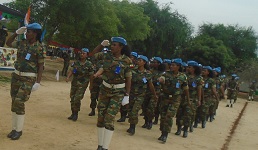 Over 600 Ethiopian peacekeeepers in South Sudan honoured with the prestigious United Nations Medal for their service and sacrifice in conflict-ridden Jonglei, South Sudan.

Out of the 643 peacekeepers who received medals, 86 are women, according to the report by UN mission in South Sudan. “I have left my two young sons at home and have been serving as a Blue Helmet with UNMISS for almost two years,” says Major Wondimagegn Araya, a peacekeeper from Ethiopia who is deployed to conflict-ridden Jonglei in the world’s newest nation, South Sudan.

Prior to becoming a United Nations peacekeeper, Major Araya has served in different military units as part of his country’s army for 20 years. In his current role, he often spends days and nights in remote areas trying to overcome near-impassable road conditions to reach villages where local communities need protection or humanitarian aid.

Yesterday, Major Araya, along with 642 of his brave colleagues, including 86 women, received the prestigious UN medal honouring their service to the cause of peace in a colourful ceremony attended by senior UNMISS officials and state dignitaries.

For Major Araya, it was a day to remember. “The conditions we serve in as peacekeepers are harsh; we are often in the forefront of armed hostilities, but we try and fulfil our mandate to protect civilians with happiness. This UN medal acknowledges the hardships we go through but, more significantly, it is a reminder that peace and security always necessitate sacrifice,” he states poignantly.

Since their initial deployment to UNMISS, Ethiopian peacekeepers have contributed immeasurably to the mission’s mandate by reducing intercommunal conflict; preventing revenge attacks due to cattle rustling; building community trust and confidence; and ensuring safe, speedy delivery of humanitarian assistance to people who need it the most.

“It hasn’t been an easy deployment for all of you in Jonglei and the Greater Pibor Administrative Area—the terrain is tough, weather conditions arduous and it is a hotspot for conflict, all of which has been exacerbated by the ongoing COVID-19 pandemic,” said Main Ullah Chowdhury, Deputy Force Commander, UNMISS, while commending awardees at the medal ceremony.

“However, for the past 18 months you have been the lynchpin for the mission to achieve its mandated tasks here.”

As geographical neighbours with longstanding cordial relations, Ethiopia has also been at the forefront of the ongoing political engagement by international and regional stakeholders for a sustainable peace across South Sudan, according to the report.

Weapons trading in the Horn of Africa 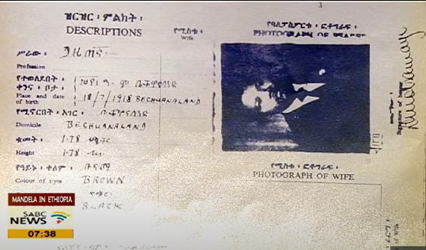 Ethiopia to build Mandela museum where he trained