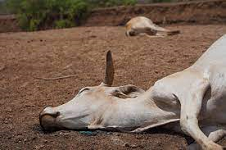 Germany provides assistance to the tune of 20 million Euro via the United Nations in order to mitigate the suffering from the ongoing severe drought in parts of Ethiopia, Somalia, and Kenya.

Following a historic drought, the United Nations estimates that around 13 million people are at risk from hunger, according to the press statement Food and Agriculture Organization of the United Nations (FAO). In Somalia, an estimated 1.4 million people could be displaced due to the current drought and 7.7 million, half the population, is in need of humanitarian assistance. Scarcely any rain has fallen in several regions in the Horn of Africa since late 2020.

Germany is providing the FAO with 20 million euro to ensure that people in areas of particular risk from hunger can receive swift assistance. These funds are to be used, among other things, to provide more than 50,000 people in Somalia with feed for their livestock.

In Ethiopia, 26 dried up watering holes are to be restored. In Kenya, 15,000 families are to receive humanitarian cash transfers. In parts of the three countries, precipitation has decreased by up to 70 percent. Some regions have even suffered their lowest rainfall of all time.

Nomadic herders and stockbreeders are facing increasing difficulties. Countless families have lost their sole source of income. As the lack of rain also causes pastureland to dry up, nomadic herders and their animals are increasingly turning to arable land. Agriculturally-viable land is decreasing. Wells and irrigation systems are drying up.

New conflicts are arising as a result of the competition for the shrinking number of fields, grazing land and watering holes. The consequences of armed conflicts in Ethiopia and Somalia as well as a locust plague in 2020 have aggravated the situation further.

This funding demonstrates the German Government’s fundamental approach to humanitarian assistance. Its aim is to provide help as fast and as anticipatory as possible in order to avoid or minimize damage. The German Government has expanded its humanitarian assistance in Africa in the last few years. In 2021, it made available a total of 564 million Euro for assistance on the African continent.